Lake Spafford isn't a lake so much as a place south of Mrak Hall in the Arboretum where Putah Creek becomes obese and then thins down again. It is named after Ed Spafford, who was ASUCD President in 1953 and Vice Chancellor for many years(??-??). Also known as the location of the Picnic Day Battle of the Bands, and a good place to find kids feeding ducks.

On Sunday afternoon, August 17th, 2014, Eric Jensen and his wife saw something they had never seen before—otters! They were a group of about 6-8 river otters that swam into Lake Spafford from the west end of the 'Lake'. The sight became even more remarkable and a bit gruesome when they gathered on the southern side of the lake to attack and ultimately kill an adult duck. Several ducks flew around the lake in panic. It was too late, and minutes after killing the duck the group of otters began to tear apart the duck's body before a number of horrified visitors to the lake. What a sight! 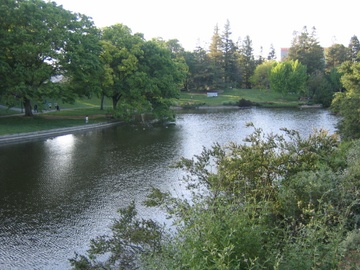 Lake Spafford in early May 2006 at sunset. 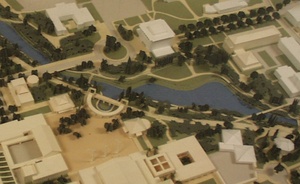 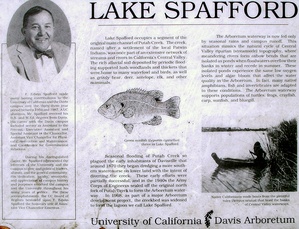 Plants found around the Lake 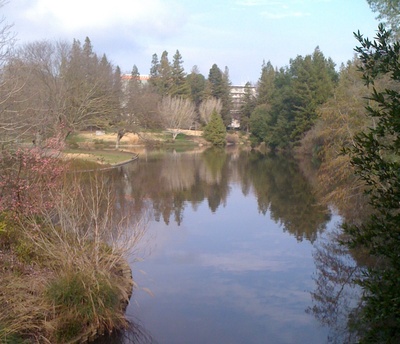 Looking very clean after some rain in 2010, looking east from foot bridge