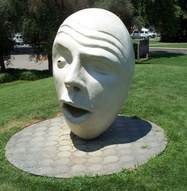 A typical law student after a 90-minute civil procedure lecture.

Davis has a fair number of law students at the UC Davis School of Law at King Hall. All of these students are members of the Law Students Association, and do not pay fees to GSA or ASUCD. Little is known about these students, since they don't have a class in Wellman Hall every quarter like the rest of the students do. However, they are known to hang out variously at G Street Pub and Sophia's. Many law students become teaching assistants for departments like Political Science, Economics, Asian American Studies, etc. They tend to practice law after graduation, primarily for private firms and the state and federal government. However, a significant amount of law students go on to perform legal and non-legal work for public interest and non-profit organizations, international non-governmental organizations, as well as work in supporting roles in the California state legislature.

There are also undergraduates who are pre-law students working toward becoming law students. Some might be members of Phi Alpha Delta, a pre-law coed fraternity.

McGeorge School of Law at the University of the Pacific is another regional law school which some UC Davis undergraduate students go on to attend. Lincoln Law School (non-ABA, California accredited) is another Sacramento-based law school with significant numbers of UC Davis alumni.

See a law student video entitled, Davis State of Mind, the law school's Cardozorama for 2011. Love it or hate it, it definitely presents a slice of Davis!