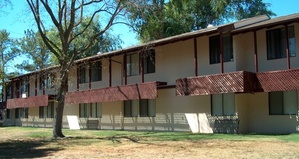 Lysle Leach Hall was located on the south end of the Tercero dorm area and was apart from the other dorms . These dorms were originally built for graduate students but were converted to undergraduate dorms recently to accommodate a growing population of undergraduate students. It was demolished Winter Quarter 2015 to make room for new dorm construction.

Lysle Leach Hall was comprised of 178 rooms arranged with either four or five rooms sharing a common hallway and bathroom in a suite configuration. A variety of facilities were available to the residents, including a laundry room, television lounge, study lounges with full kitchenettes, and a game room with piano, ping-pong & pool tables. A convenience store and Learning Resource Center were also located within the Tercero area. from http://www.housing.ucdavis.edu/Halls/New/default.htm 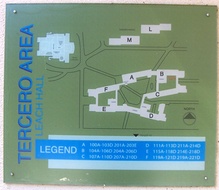 Leach Area Map. All of the rooms in Leach were singles (meaning one lucky person got the entire room), and four or five rooms shared a common bathroom. Many past residents have complained that Leach has an "asocial" atmosphere that made it hard to meet people (due to the fact that most, if not all, of the doors were closed on most nights) and reluctance of its residents to attend social events. In Spring 2006, the study lounge was converted to a custodial office, leaving only the television lounge and game room available for resident use. Through healthy and normal interaction recent freshmen classes have shown that the heart of the asocial problem lies in the students who inhabit Leach, not Leach itself.

A floorplan of the rooms can be found here: http://www.housing.ucdavis.edu/Halls/Maps/Leach-floor.HTM

After the 2011-2012 academic year, Leach Hall was scheduled to be decommissioned and demolished, according to Student Housing's strategic plan. However, seismic safety problems with Pierce Hall and Thille Hall have pushed the university to redirect their efforts to replacing those buildings, rescuing the structurally simpler (and presumably seismically safe) Leach Hall from demolition until 2014 when it was closed for redevelopment. Cottonwood, Madrone, Redwood, and Olive now stand in its place.

Leach had had a total of THIRTEEN fire alarm episodes in the 2006-2007 school year. Three of these happened on Halloween, spooky. The problem was finally addressed by Student Housing, a contractor played room raiders for a few days and all was good. 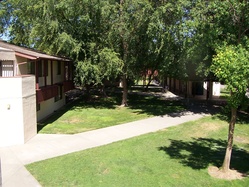 Leach Hall has large grassy areas inside the complex. 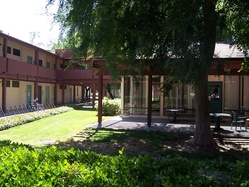 One of the area study lounges with swings outside. 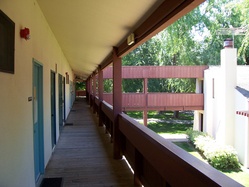 The second story of Leach Hall has planked walkways connecting the different buildings. 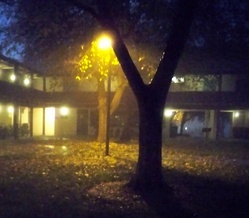