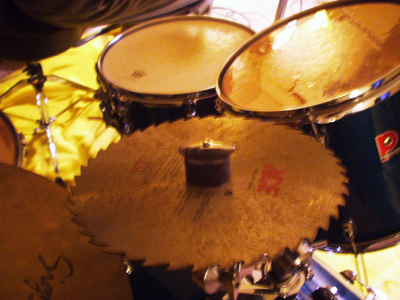 Legubitron struck (ed. for past tense) fear into the hearts of other musicians. As Dan Macht, a guitarist and singer for group, stated before playing a Davis Rock Challenge concert in Spring of 2004, "other bands are already getting scared, they're already shaking, because our neural pyrotechnics are gonna blow them away; because we fire up the imagination, and they just sit back and watch...they're about to take some lessons in the school of Legubitron."

The band played all over California and in all likelihood can claim to have fans in practically every hemisphere. If they didn't then the music industry just wouldn't make any sense.

They played the Pirate Ship, the Turtle House, The Graduate, G Street Pub, Delta of Venus, and various other venues.