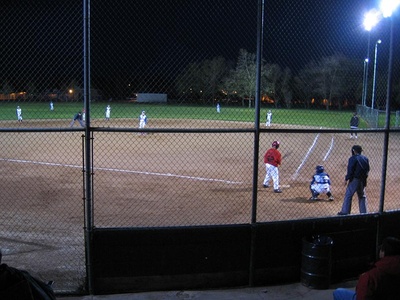 Davis Little League brings baseball to kids ages 4-12. Farm, AA, AAA, and Major teams play their games at the Davis Little League complex, whereas the T-ball league has its games across the street at Community Park. Teams practice at various fields around Davis.

The Davis little league is divided into two sub-leagues: American and National. In general, the American League consists of East and South Davis residents, whereas the National league consists of West and North Davis.

The season runs from March until June, and can extend into July for the all-star tournament.

The league is entirely volunteer/parent-run.

2016-11-04 13:40:33   I like how, when given a complaint about their staff and parents parking in the red zone in front of the fields and making dangerous and illegal maneuvers, threatening the lives of many bicyclists, they file a false police report and slander the complainant. And they haven't rectified their behavior. —Quey