Luka Vidovic was an unsuccessful candidate for ASUCD Senate in the Winter 2009 ASUCD Election, running as an independent candidate. 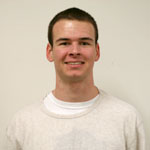 My name is Luka Vidovic. I am a currently a first year Managerial Economics major and am planning on declaring Political Science as my second major. Over this year, I have served as a member of Aggie Ambassadors and the Tercero Dorm Area’s Student Review Board. I want to run and hopefully become Senator for several reasons.

First of all, I, being a freshmen, want to give my class a physical presence in the Senate as well as in this current election. After all, the Class of 2012 is now a part of UC Davis too. Therefore, we as a class deserve some kind of representation in student government.

I also want to reallocate ASUCD’s budget so that more money can go to improving the lives and welfare of all UC Davis students. Every term, elected and appointed officials in ASUCD get paid for their services. In my opinion, anyone serving as a high official in student government should view it as a privilege and an opportunity to gain experience rather than a burden. Therefore, if elected senator, I plan to take steps to reduce the salaries of these paid officials and allocate it to the functions of ASUCD that directly benefit the students.

Lastly, I want to further the overall growth of the university as well as the city of Davis. One way I plan to do this is to:

By doing this I hope to give the businesses in downtown Davis a boost so as to encourage the growth and expansion of the town and, in turn, the University as well as improve the opportunities and accommodations that are available for students in downtown Davis.

Therefore, if you want a Senator that will purely work to directly better the lives of all UC Davis, students, vote Luka Vidovic for ASUCD Senate.