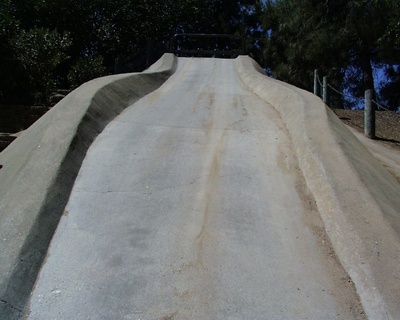 Slide Hill Park is famous for its large cement slide and a pool complex. The slide used to have two large concrete humps in it that broke up the middle into three distinct lanes. However, too many children would get hurt, so they took them out. The slide and nearby rocks are popular with a couple of BMX bikers who live nearby. Also, in the 1990's a kid with a heart condition went down the slide on a bicycle, had a heart attack half-way down, and died. In other words, some caution is occasionally advisable.

The park is also notable as it is outside of the Open Container Ordinance area. For that reason it is a popular spot for Sloshball. Hooligans playing "get drunk in the park" should be respectful of the other park users. This is a popular park for families and kids. It is also home to the Girl Scouts. Also within the park is the Watchman #8 art piece.

Catapult At The Park

The park is also occasionally host to Davis' largest trebuchet(a type of catapult, see Hurlers) owned by DevinCastellucci and MasonMurray.

It is also where Wiki BBQs have been held.

The coniferous trees of this park attract some unique species of Songbirds, mostly during spring. Also look for Owls roosting in the trees during the day. Indeed, the park is a well-known spot for Birds and Bird Watching.

Slide Hill Park, also known as Manor Park, shouldn't be confused with West Manor Park. Slide Hill Park is routinely patrolled at night by the Davis Police Department. They can be seen with their spotlights driving on the park's bike paths.

From the Southwest corner of the park 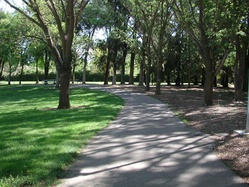 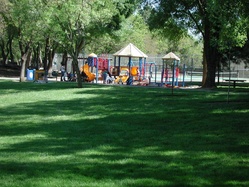 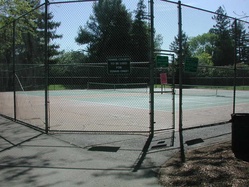 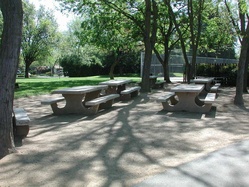 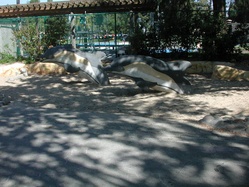 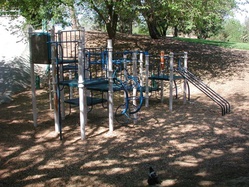 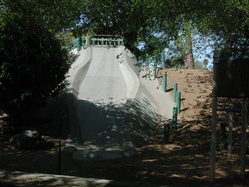 I work for Parks and Community Services (soon to be split into two separate departments actually) and its always Slide Hill when referring to the Park. The pool is Manor Pool, it could be that PW uses Manor to refer to it. All advertising as far as camps etc always uses Slide Hill both internally and externally. I'm just speaking anecdotally. -Peace

2008-05-06 14:40:43   Guys the new park supervisors have banned Devin from using his trebuchet. Please help him by sending letters to the Slide Hill Park supervisors. Info on how this occured on my facebook group. Thank you for listening Please join here to support Devin: [WWW]http://www.facebook.com/group.php?gid=13858129614

2008-07-27 13:22:50   I grew up and still live near this park. My childhood evolved in this park, be it at the pool or one of the play structures. We went there so often, in fact, that when my grandmother died we placed her memorial in it. But yeah, it's always been Slide Hill Park, with Manor Pool residing in it. Haven't been to the pool since the remodel. Anyone know if it's any good? —Anja

2011-05-10 01:51:31   I live in the only house that would ever complain about noise at slide hill. My fiancees family had lived here for years, we love the fact that it is such a staple of davis may they never remove it! Side note over 10 people have died within 100 yrds of my house we should get one of the most haunted spots it davis awards or something. —TravisMartin

2011-08-04 17:43:03   Back in the day (late 70's), the slide was FAST. It's since been made more coarse, less slick, MUCH slower. Kids used to ride down on wax paper, which (I guess) made the ride even faster. In lieu of that, a good piece of cardboard would do the trick. Kids would get seriously skinned up on there, but no one seemed to care (except maybe the parents)... it was great fun. Also, there used to be 2 "humps" in the middle of the slide... I guess the idea was to create "lanes" for kids to confirm too, but all they really did was send you flying (or bouncing) off on to the hard, coarse concrete sides of the slide. Of course as a kid, the slide seemed HUGE. Still, good for a whole day of fun, before the days of the Atari 2600 started sending kids inside to play. —OldDavis73