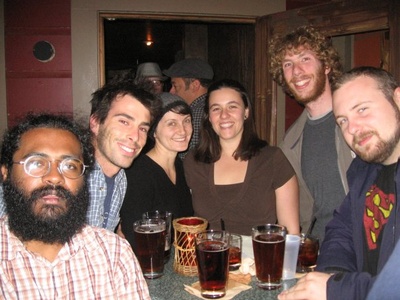 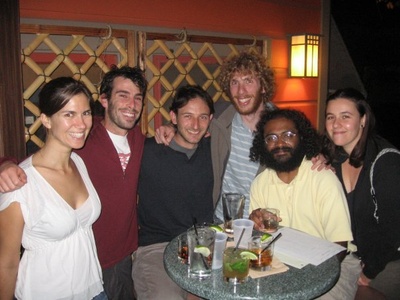 The Mathletes are regular competitors at the weekly trivia night at Sophia's Bar. They tend to go by different names week after week (they are very creative and up to the challenge of integrating the week's news into a team name), but among trivia regulars they are typically referred to as "Mathletes". The Mathletes have won best team name multiple times, leaving their competitors, the bland Canadian Softwood(CS), in the dust.

They are second only to Gen Y Booers in terms of trivia night victories and they commonly place in the top 3. Gen Y Booers swooped in to fill the gap that the CS left, ensuring that The Mathletes tasted the sweet nectar of 1st place as little as possible. While usually scoring the top 3, The Mathletes still aim to hold a record of any form.

The Mathletes (a lighthearted bunch) always have a good time, with many members pretty sloshed by the end of the night. Unfortunately, with the loss of a great player, Dr. Bob, the amount of drinking has rapidly curtailed.

On voting day 2008, they got every question right in the first round (for the first time in Trivia Night history).

2007-10-25 21:17:45   I have yet to meet everyone on the Canadian Softwood team, but with the way they trash talk, I can't imagine why I would ever want to. Everytime I have joined the Mathletes at Sophia's, they have always done the best they can, and have had fun doing it. It is unfortunate that people go to Trivia Night in the hopes of bringing people down, instead of just trying to have a good time. Yeah for the Mathletes, and the spirit for which they play! —Corrinek