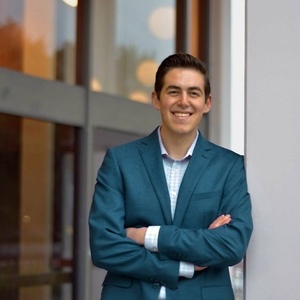 Michael Gofman (R, North Davis) is the current ASUCD President. He is a second-year economics and political science double major from San Francisco (possibly the only republican from there). A former senator, Gofman campaigned successfully for the position of president during the Winter 2018 elections.

Gofman is rumored to be exploring a run to be Sheriff of Trinity Country upon graduation.

During his term as a senator, Gofman pursued a number of projects, including a closet with free professional wear to rent to marginalized students (called the career closet), improving Unitrans service through sitting on citywide committees, helping units like the CoHo and Bike Barn, introduced legislation to increase transparency, and worked to increase the amount of microwaves in the Coho, something that will be implemented soon.

Gofman ran for president along with then interim senator Shaniah Branson as his vice president on the UNITE! ticket. Their platforms included:

Gofman and Branson won the election with 1054 votes to the Based ticket's 990 votes. They soon brought on Shellan Saling, the former UNITE! campaign slate manager to be their Chief of Staff.

Gofman first ran during the Winter 2017 elections. He was the only independent to win a seat, and the first freshman to hold a senate seat in nearly 20 years. He would later help elect yet another freshman and current Senator, Alisha Hacker, in an effort to expand freshman representation. His main groups of support included the Greek and Jewish communities on campus.

He is also known as a hookah enthusiast, tequila connoisseur, and wannabe cowboy. He once fell asleep in bed with an uneated hotpocket, but who am I to judge. A passerby once saw a blender in the window of his bathroom. Rumor has it he is secretly Frank from It's Always Sunny.