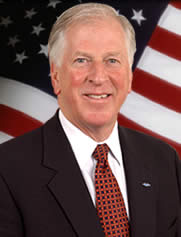 If you're registered to vote in Davis, Mike Thompson is your local congressman. Mike serves the first district of California which covers Davis and much of the Northern California coast. He looks quite congressional.

In order to e-mail him you have to use a web form.

Positions and Issues of Note 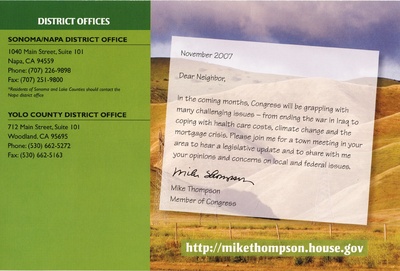 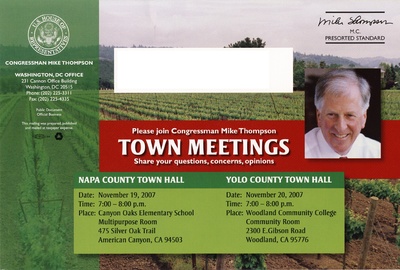 2008-06-15 16:04:14   Mike came down to The California Aggie newsroom one day while on Congressional leave, worked in a quick interview and then made everyone working at the time shake his hand and tell him our name, major, position and hometown. He referred to Chico State, his alma mater, as "the Stanford of the CSU system." —ElisaHough