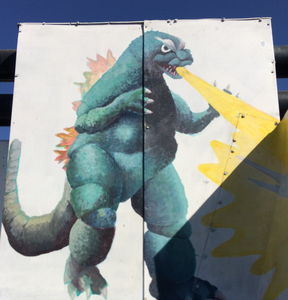 Here It Is" By Alyssasusan — Was this ever solved? ToddKaiser

These are pictures of temporal anomalies that may have been present for a while in the physical world, but were never identified properly. 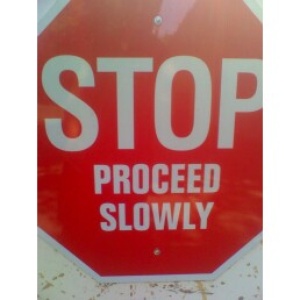 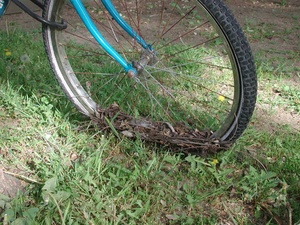 Qualifies for Rule 3 by WesHardaker. Finally moved about a month later. 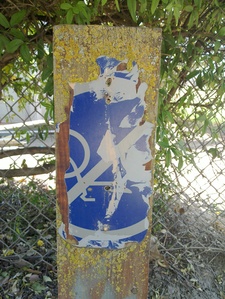 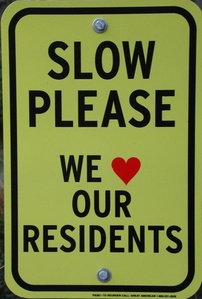 Sort of the Davis Motto? — Photo by WesHardaker 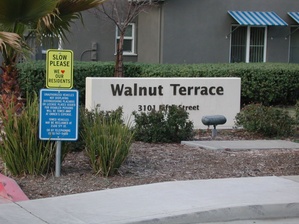 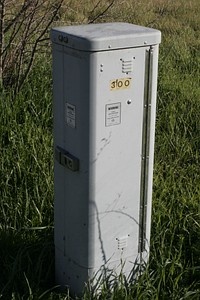 by AlexMandel, now solved by Garret 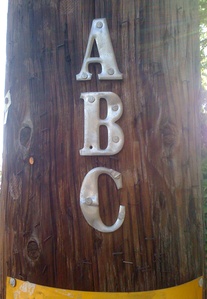 ABC. Cameraphone, by HeatherMartin it's on 7th & G

2007-04-05 12:18:34   It looks like the leaves are surrounding the wheel as if they were molded there. This could have been parked in a concrete bike "pod" for quite some time and then removed. I know campus has been replacing a lot of the concreet bike pods with actual racks. I've seen them doing this by Wellman and the Art Building, but I know it's going on in more places than that. —ArlenAbraham

2007-04-05 12:27:46   Ah, I was wondering what might have caused that particular formation and that's a good guess as to what happened. Unfortunately, it's a bad guess as to where this particular bike is. —WesHardaker

2009-01-22 18:29:33   It is an upside down robot leg. Robots walk around right side up under the ground, with their heads in the proper orientation (pointing towards the center of the Earth). This is unlike us Topsiders, who walk around upside down with our heads pointing out into space. This particular robot had the misfortune of stepping on a sinkhole, and its leg punched through the surface onto the Topside. It would be a good idea to return it - before they invade... —IDoNotExist

2009-01-29 00:26:51   The upside down leg of a Downsider residential robot, model RR162A. This model of robot is used for performing basic robot services around large, suburban neighborhoods in the Downside. —IDoNotExist

You're moving the right direction. —AlexMandel

Yes within view of a bike path —AlexMandel

You are correct. That lot is now slated to be a homes, the plan is on the city website somewhere. —AlexMandel