The California Aggie Marching Band-uh's Old Bandroom consisted of several rooms inside the Old Firehouse. Right next to Putah Creek and just across from the T. Elliot Weier Redwood Grove, the Aggie Band inhabited the space for some 30-odd years. The building was - and still is - home to rats, cockroaches, and a particular musty smell. I guess that's what you get when you don't clean for 20 years.

In the Spring of 2004, the band moved out of the Old Firehouse and into the brand new Activities and Recreation Center (ARC), where they have much more space to work and play, and far fewer rats to kill. But the Aggie Band will always miss the Old Firehouse. It just felt like home... 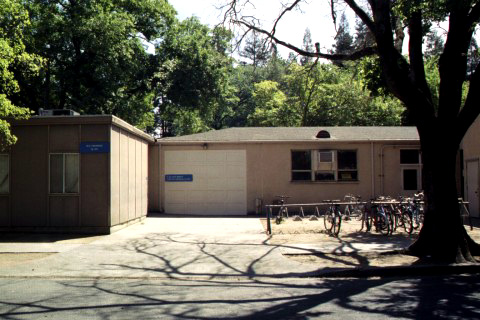 The front of the Old Firehouse. Behind the garage door was the locker room. 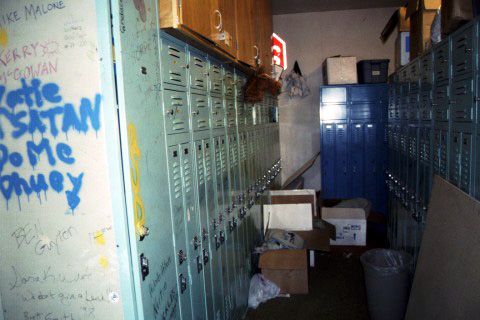 The locker room. Imagine changing in here, shoulder to shoulder, sweaty and smelly after a football game, and suddenly a rat decides to run between your legs! 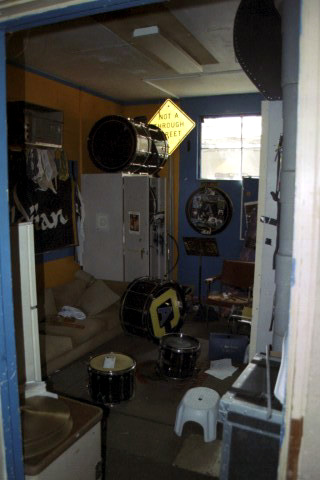 The old drumroom. It was once the main office. A door to the right with a large '69' painted on it (not in view) leads to the locker room. 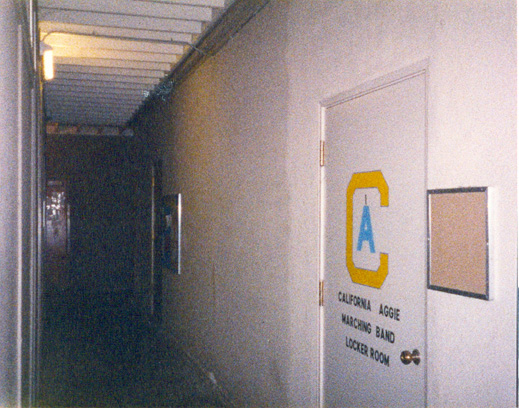 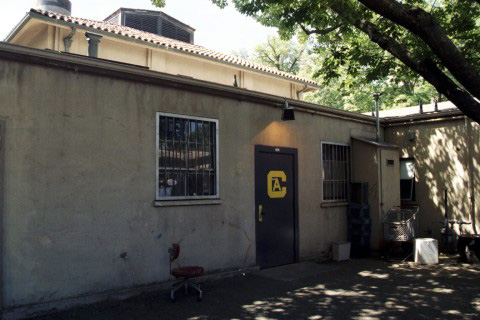 The door to the main Bandroom. 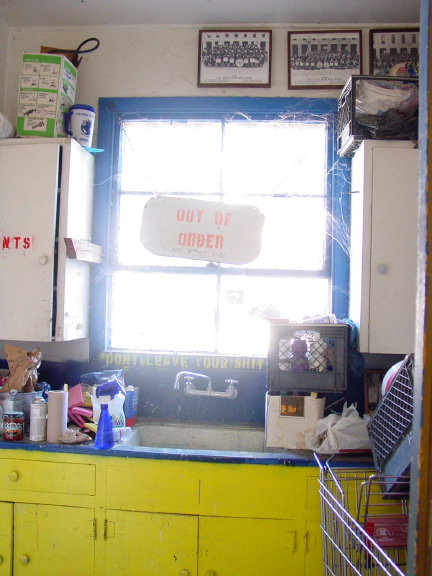 The Stunts area, complete with sink! 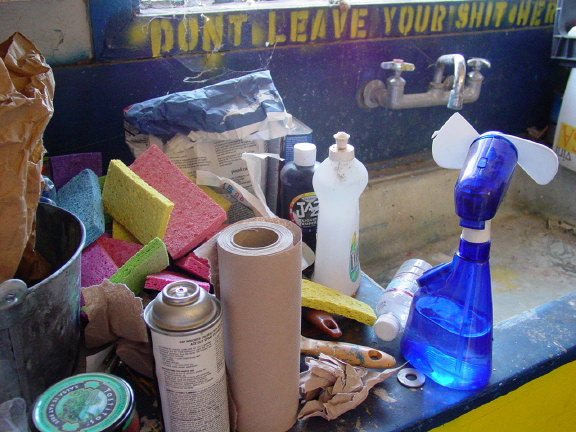 Some one didn't read the warning... 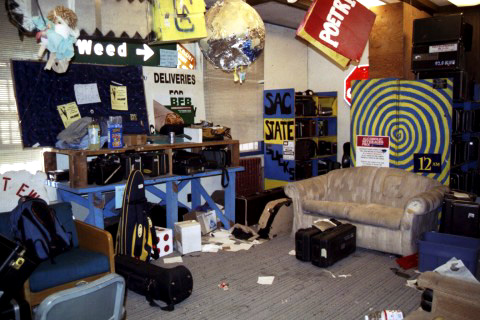 The Instrument Room, no people. 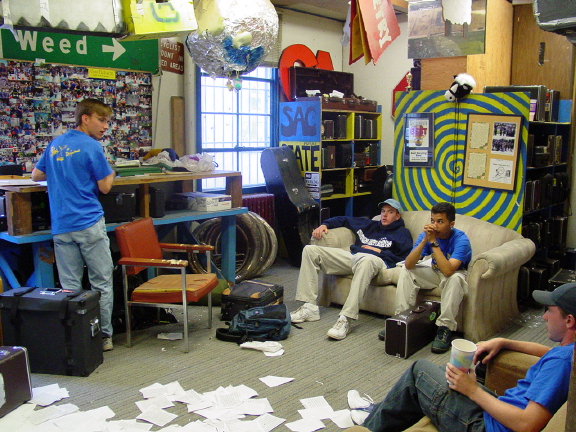 Instrument Room, with people. Someone's music is all over the floor. Dirty Cooler is sitting on the couch. 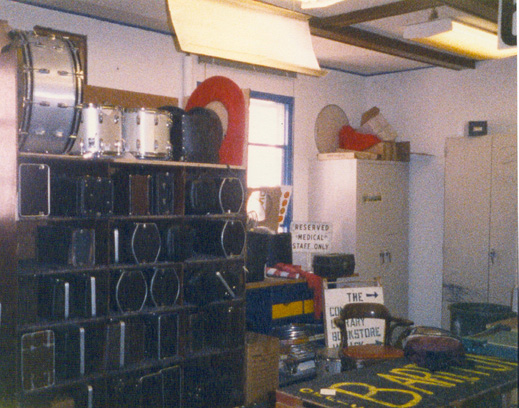 Different configuration of the instrument area. 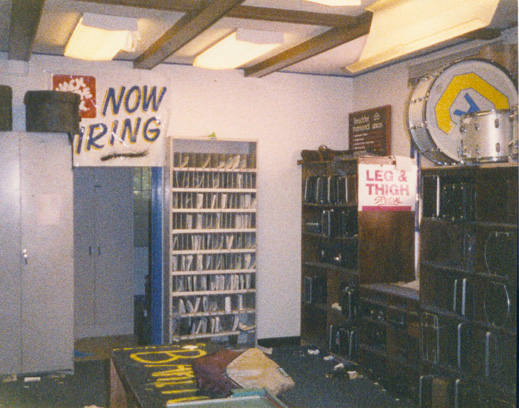 The music area in good condition. 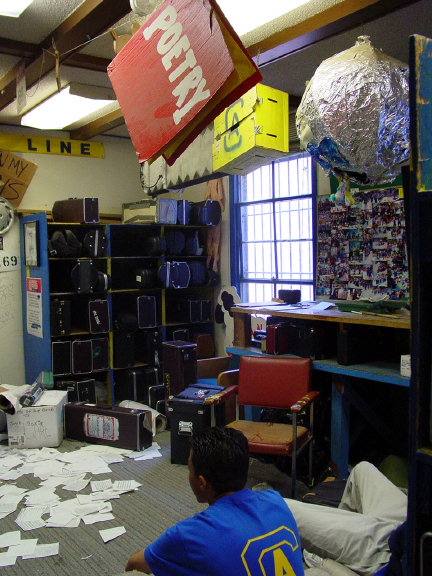 Shit hanging from the ceiling from old Picnic Day floats, the picture board on the right with flute and net area below, and the trombone shelves at the far end. 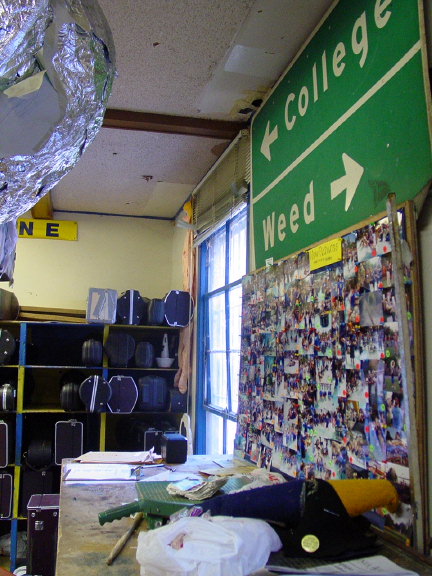 The Historian's photo board and a sign that someone 'gave' the band in the 80's. The hole in the ceiling near the "College" arrow is one place rats used to climb in. 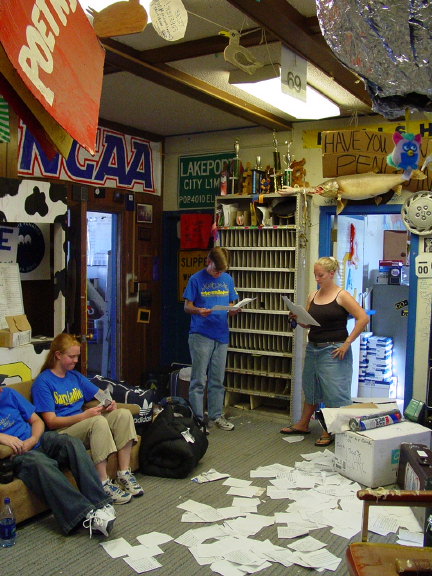 The door to outside is on the left, the Ossifer's Office door on the right. 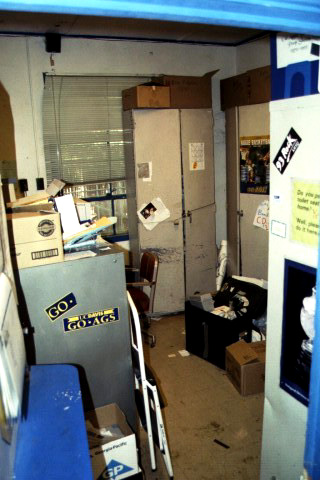 The Office. Rats used to crawl around on top of the cabinets. 11 people in here at once before rehearsal was cozy! 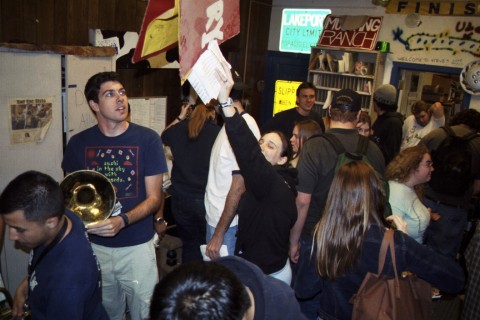 It got a little cramped before/ after rehearsal and gigs... 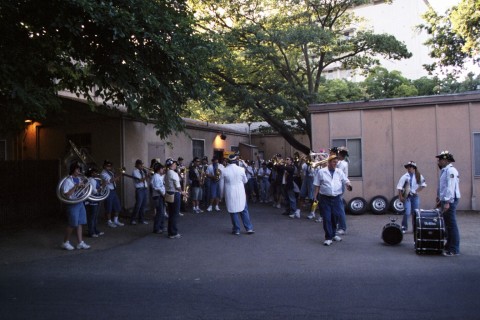 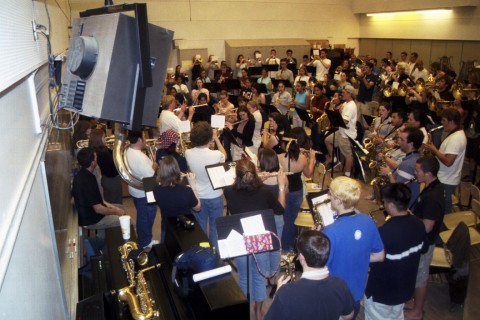 The band inside Music 105 at the Music Building, rehearsing music for Picnic Day 2004. 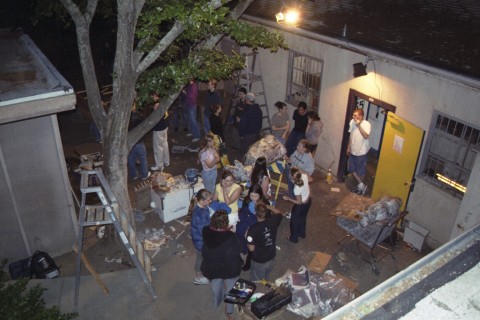 The Freshmen building a float for Picnic Day 2004. Outside the main bandroom. 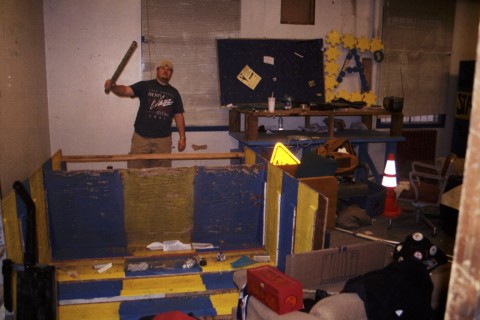