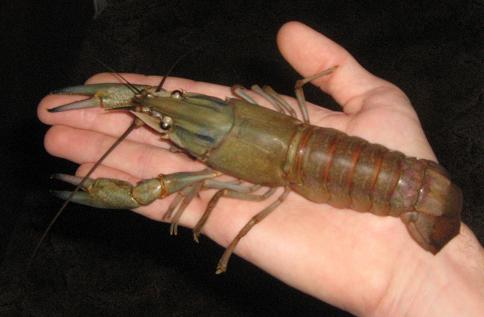 Old Man Whiskers was a crayfish who met his final owner through Craigslist, and was thus named for his size and very long antenna. Because he was so large, OMW is generally thought to have been a great leader of crayfish before he came in to captivity.

He resided in a cozy ten-gallon aquarium, shared with a baby crayfish and six...eight...A LOT of guppies. His tank is furnished with assorted gravel, some rocks and a piece of PVC pipe that he used to enjoy walking through.

Although he was frighteningly large, Old Man Whiskers was quite inept and spent most of his time bumping into things and trying to eat his tank mates with no success. Most crayfish are omnivorous scavengers, but OMW refused to eat anything but fish food tablets and pieces of hot dog.

On the morning of November 25, 2008, owner Clark Vineyard found OMW lying motionless on his back. After being turned right side up, OMW was still unresponsive and was pronounced dead upon removal from the tank. Vineyard concluded that he died of natural causes and no autopsy has been performed.

All who met OMW during Vineyard's care were impressed by his size and activity level. When the desk lamp disturbed him, OMW would usually walk around and bump into things, much to the delight of onlookers. "Can he see anything?" asked friends. It was never determined.

Old Man Whiskers is survived by his owner Vineyard, his small crayfish companion and the ever-growing guppy family. He will be truly missed. 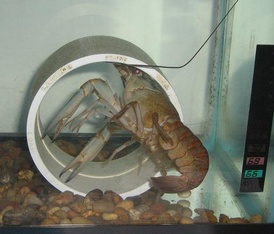 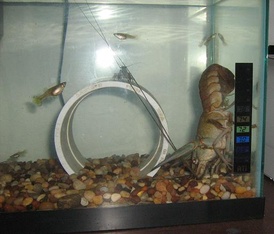