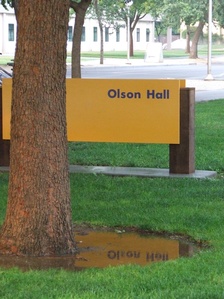 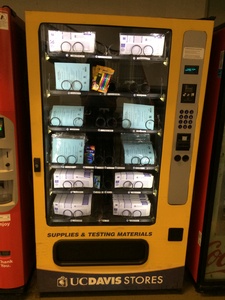 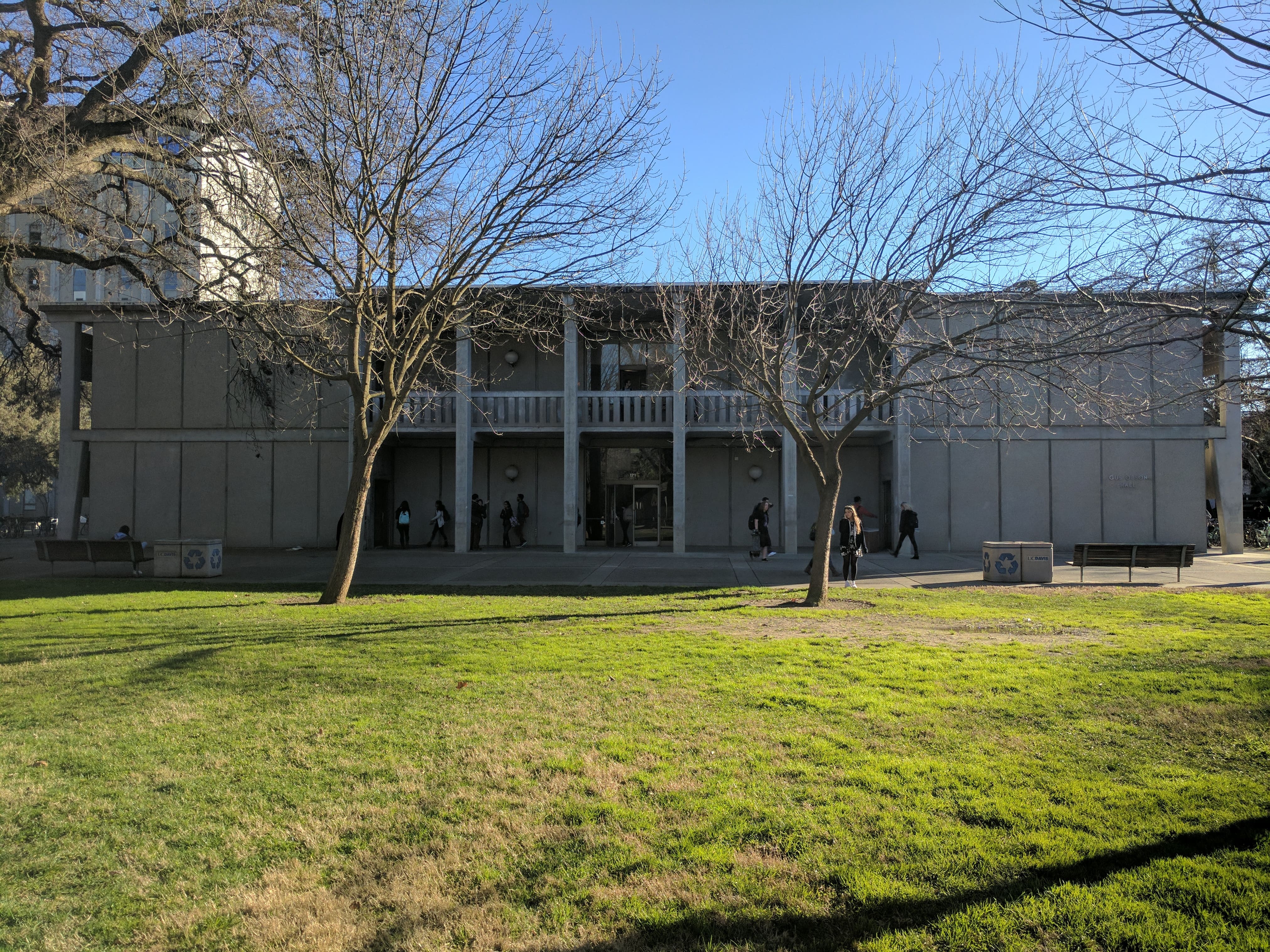 Olson Hall (OLSON) is on campus between Shields Library and Sproul Hall and was named for Gus Olson. It was designed by Gardner Action Dailey and was built in 1963, along with Sproul Hall. It is a two story grey building filled with classrooms, a few Apple-based computer labs with printing capabilities, and a language lab. If you're a humanities major at UCD, chances are you've had at least one class here. If you're a Linguistics major, welcome to your new home. Finally, if you're taking University Writing Program, chances are your class will be here in one of the computer labs. One such lab is in room 241.

The basement floor has nine Campus Vending Machines (and a microwave) and there are another three vending machines (pictured above) outside on the Memorial Union side of the building.

Just outside of Olson Hall there used to be a Cargo Coffee where you could have gotten coffee, espresso, and assorted food. Cargo Coffee left campus in Fall of 2014.

Olson 109 is the strange colorful classroom. Olson 250 is a distance learning classroom with conferencing display and recording equipment. Interestingly, the building seems to lack fire suppression systems (such as sprinklers). Olson 206 has the squeakiest chairs you'll ever hear.

The UCD Language Learning Center is in the basement, along with the print station.

In the center of the building is a clock that was installed by the class of 1964.  Since the clock does not move, we are forced to assume that time stood still in 1964.