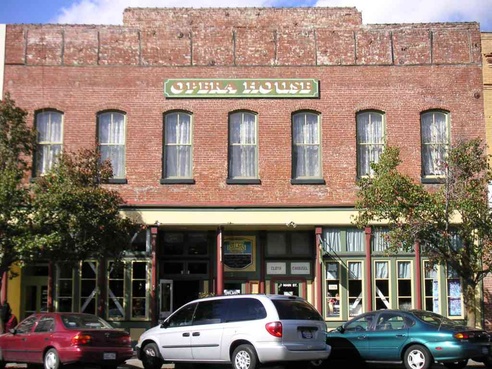 The Palms seats 220 people and is fully heated and air-conditioned. Located in downtown Winters, shopping and dining are just steps away from the venue. Tickets to performances are available online, and at Armadillo Music, Davids' Broken Note in Woodland, Pacific Ace Hardware in Winters, and at the door (only if show isn't sold out in advance).

The bar features a variety of bottled and draft beers, local wines, and a selection of sodas, coffee and tea, all reasonably priced.

As of March 2017, The Palms is officially an all-ages venue!

History of The Palms

The Palms Playhouse was founded by Linda McDonagh in November 1974, and opened for business in 1975, in an old barn on two acres off Cowell and Drummond in Davis, as a venue for local theater productions. McDonagh and co-owner Linda Pugh also began hosting concerts in the space, and over time, the venue became a regular tour stop for up-and-coming and established folk, blues, and Americana musicians. Despite the lack of heating and cooling, the rickety folding chairs, and general lack of space, musicians and their fans loved the barn. In 1991, McDonagh handed over operations to Dave Fleming, who previously worked at Tower Records in Sacramento, and Barney's Good Time Music in Davis.

The Palms moved to the Winters Opera House in 2002 to make room for new housing developments. Activist songwriter Utah Phillips performed at the final concert at the old location on August 24, 2002. Former owner Dave Fleming continued to run The Palms after its move to Winters, until he retired in 2016, and passed the baton to new owners and Winters natives Nora Cary and Andrew Fridae, who grew up attending shows at The Palms in Davis and Winters.

The closing of The Palms in Davis was featured on an episode of California Heartland on PBS and was the cover story in the August 22, 2004 issue of Sacramento News & Review1.

Nevada City radio station KVMR occasionally broadcasts live shows from The Palms on their On the Road Live program. In addition, many legendary performances have been recorded over the years. A sampling: 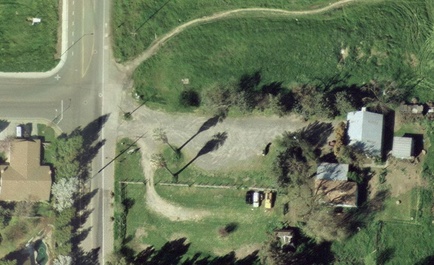 The Palms in 2001, before razing. The namesake palms are in the center of the photo, casting an afternoon shadow across the parking lot. 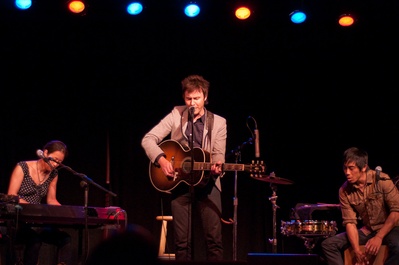 "2013-03-20-21 1:53:09"   Palms cancels Michelle Shocked's April 24 concert. Censorship based on third party news stories about her "anti-gay" rant (or riff)? Did the Palms staff talk to anyone who was at Shocked's Yoshi's Sunday night concert? Or, perhaps, was the Palms's staff there? Open minds want to know. Or do Palms's staff just take what they read on the Internet at face value? —ZootSuit

2013-03-21 13:20:35   Re Michelle Shocked: perhaps The Palms didn't want to take a chance on selling tickets to a potentially unpleasant experience? —KeithRancor

2013-03-23 00:05:17   "Did the Palms staff talk to anyone who was at Shocked's Yoshi's Sunday night concert? Or, perhaps, was the Palms's staff there? Open minds want to know. Or do Palms's staff just take what they read on the Internet at face value?"

If you want to hear an audio of the Yoshi's concert, go here. Given this and some other statements she made afterward, I think the Palms called this one right for now. —HiramJackson