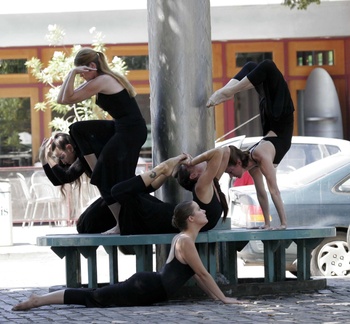 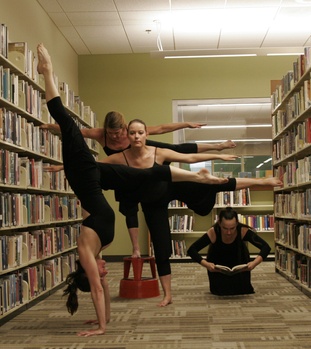 The Pamela Trokanski Dance Theatre is a 501c3 Non-profit, post-modern, contemporary dance company based in Davis, California. Since its first concert in spring 1985, the PTDT has presented fall and spring concerts each year. Also, it has performed throughout Northern California, including Sacramento, San Francisco and Nevada City.

The format of PTDT shows is different from the typical concert dance format. Rather than a string of choreographed pieces set to music, PTDT usually has a combination of choreography and improvisation performed to music and spoken text. Audience members often find the text sections (which are accompanied by background music composed by a local musician, Hank Lawson) to be refreshing because they explain the story of the dancing, rather than leaving the interpretation completely up to the viewer. Trokanski's text is often a combination of serious and humorous observations. The music selection in PTDT shows ranges from classical, to rock, pop, and electronica.

In addition to its concert series, the PTDT presents lecture/demonstrations for elementary school children. "Everything You Always Wanted To Know About Dance (but were afraid to ask)", "Athleticism and Dance," and "The Art of Dancing Art," have been funded, at various times, by the City of Davis' Arts Contract program, US Bank, Davis Waste Removal, and the PTDW. These programs have provided movement education to "standing room only" audiences since 1994.