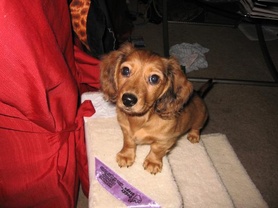 Despite all her names Penny's owners aren't really big fans of Dio, Warren Zevon or Prince.

Penny has many hobbies and interests, some of which include the following: