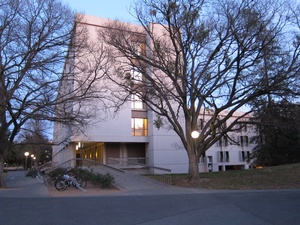 The Physics Building (PHYGEO) is home to Physics. Before September 2009, it was also the home of Geology and was known as the Physics/Geology building. The Geology Department moved to the Earth and Physical Sciences Building.

This is one of the coolest buildings on campus. The building used to be named "Physics Unit I" — even though there was no Physics Unit II at the time. Delusions of future grandeur, apparently.

It is located west of Mrak Hall and was built in 1971. If you walk past the Silo, away from the Quad, with Bainer Hall to your right and the Physical Sciences and Engineering Library to your far left, Physics/Geology is right behind Roessler Hall. 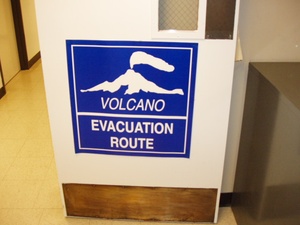 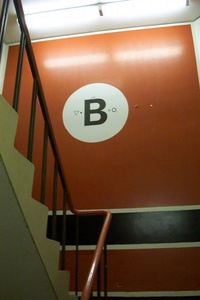 As you head down the stairs, you notice that the basement, unlike the other floors, has a peculiar marker. 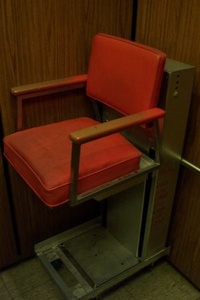 On the elevators, sometimes one or two of these is in there with you. It's a chair designed to show off the effect of the acceleration of the elevator. The chair is springy. 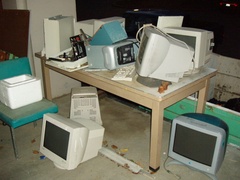 The residents of this building, by and large, encourage dumpster divers. Stuff on the loading dock is fair game. 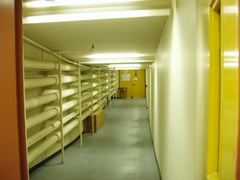 It also has a *secret* passageway that you need to use an elevator (from a nearby *secret* lecture hall) to get to!

The roof of this building has an amazing view of the Campus. Unfortunately, the roof is locked due to a fire code that states that all exits on the roof must remain unlocked from the roof side so that in case of an emergency, people can quickly exit the roof. This left the door to the Penthouse (telescope storage room) unlocked and in order to prevent theft, the roof itself then had to be locked. If you want to get on the roof, you'll have to attend one of the Astronomy Club's public events on the roof, such as public viewings and on Picnic Day: 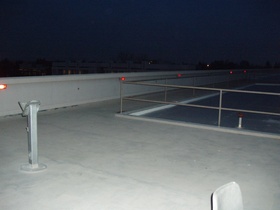 A night-time view of the roof. 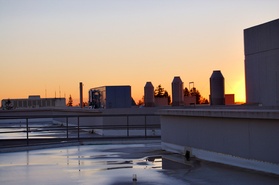 A morning-time view of the roof. 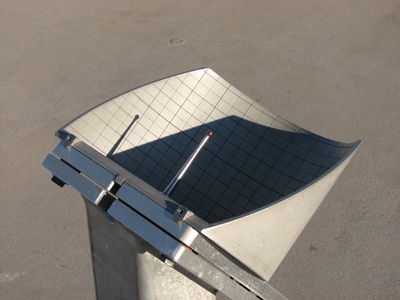 A sundial on the roof. 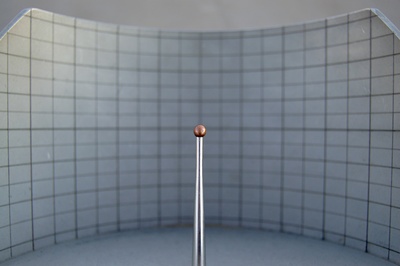 It can read your mind.