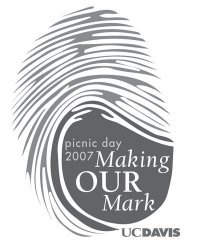 The 2007 Logo reflects the year's motto.

Picnic Day 2007 is this year's Picnic Day celebration with the motto "Making OUR Mark"1. As usual, there will be the 150+ exhibits and special events all over campus, the parade, Picnic Day Battle of the Bands, a sledding hill with Ski Demonstrations, Davis Dance Revolution, and so much more! This year, we are also hosting a non-profit faire at Olson Lawn and we are hoping to showcase the charities and nonprofits in the Yolo/Sacramento area. 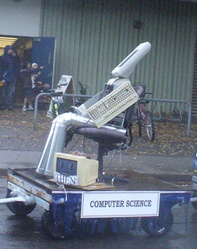 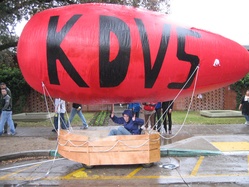 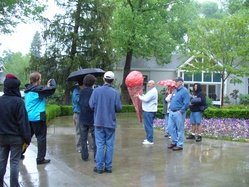 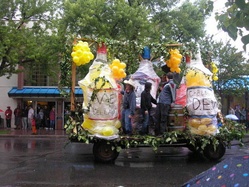 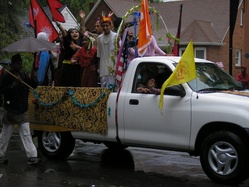 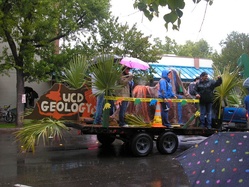 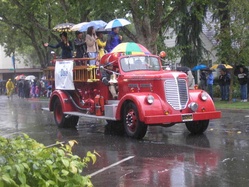 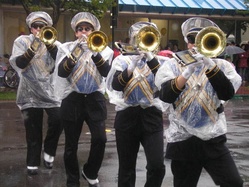 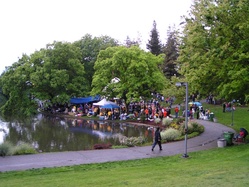 Battle of the Bands 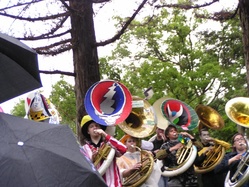 Battle of the Tubas 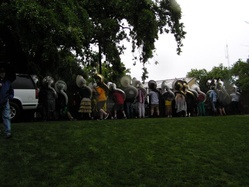 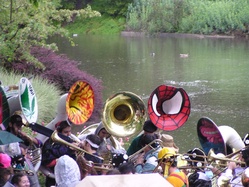 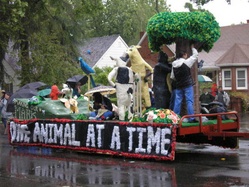 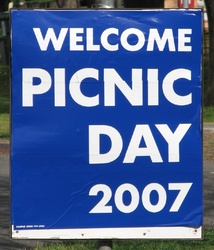 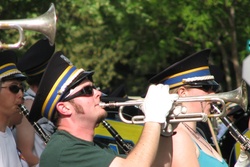 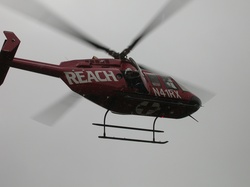 2007-04-13 08:35:34   Better buy your umbrellas now, if you don't have one. When it poured in 2003, I wasn't prepared and wandered around campus and downtown for hours in the rain. Most stores sold out of their umbrellas, so I had to pay a *lot* of money for one at Gottschalks —ElleWeber

2007-04-14 19:50:24   The delay toward the beginning of the parade was just because the walking groups were getting shuffled in from a location separate from where the floats started. Or at least that was my understanding from the limited vantage point inside the KDVS blimp gondola. —ElisaHough

2007-04-15 17:22:17   I was driving the double deck in the parade for Unitrans and after I had the hook and ladder fire truck pulled in front of me from the walking groups location we still got stuck way down on California forever. I was just glad I was in a bus. The campus tours people(?) who were behind me got soaked for the most part, but they did get to hang out on my bus while we were delayed. —TracyPerkins

2007-04-15 20:56:08   I've always wondered why they have Picnic Day in April (April showers) which is prime rainy season around here. Seems like May would be a much better choice — after a lot of the rain, but before it get baking hot. —AlexPomeranz

They might want to not have to compete with the Whole Earth Festival.

The KDVS blimp was cut loose and Drake (GM) called the FAA, but they didn't seem particularly concerned. —ArlenAbraham

1. The Logo is used on this entry by Fair Use Doctrine, and is not Creative Commons