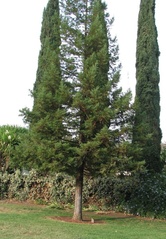 The restroom is a porta-potty in a concrete enclosure. The bike trail that borders the southern edge of the park can be accessed to the east side of the park, but you have to leave the park to the north to get to the path. There is a Coast Redwood dedicated to James Hetrick near the northern entry to the park.

The greenbelt trail to this park is a very pretty bike ride alongside the creek. The park itself isn't very big, but there are two playground areas, a semi-large grassy field, BBQ grills and covered picnic tables.

On June 30, 2018, the park re-opened after the two playground areas were renovated. The renovations were part of matching grants the City of Davis received, sponsored by the California Park & Recreation Society and GameTime. The old "electric red slide" is no longer there, but there is new playground equipment, swings, and benches. 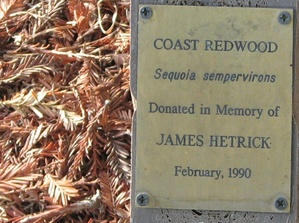 The Plaque below the James Hetrick Tree 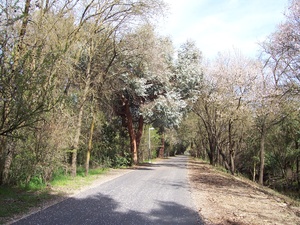 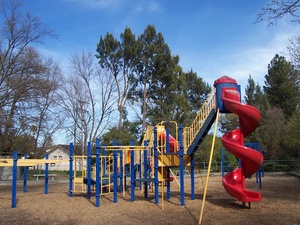 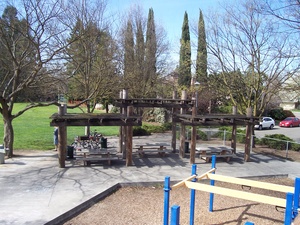 A cool place to eat some meat or veggie burgers