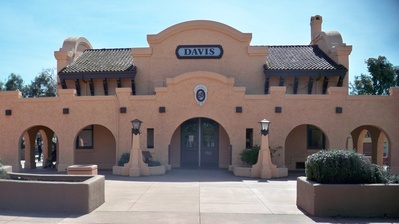 The Davis Amtrak station is an excellent place to watch trains. There is a small number of people who regularly stop by, usually at night when the good catches come in. You will see the Union Pacific freights, Cal Northern, Coast Starlight passenger, and some ordinary Amtrak lines with nice horns. If you live on campus, it is easy to identify the train horns from that distance. Many of the best sounding horns are the Nathan K series; they almost sound like perfectly tuned organ chords. Union Pacific horns tend to have lower pitched horns than Amtrak, accompanied by a preceding *thump* as they roll in with a heavy load.

Also, while railfanning at the Davis Train station you will see some Union Pacific and California Northern train traffic. Union Pacific trains will be seen throughout the days everyday of the week. During the day, you will mainly see intermodal and auto trains as the line through Davis is a highspeed intermodal line to Oakland. An intermodal train is also known as a stack or container train where large containers are stacked into compressed well cars. At night, a mix of trains will be seen at the station. Many different manifest, local, intermodal, auto, etc trains will come through. Once the "Amtrak rush" is done, UP will run many more trains through. The line seems to really come alive at night. The California Northern Railroad works two different trains in Davis. They will usually be seen around the Davis Depot early in the morning (6am-8am) on weekdays. Also, every weekday in the evening, a California Northern train comes past the station and out to the tracks east of the depot. There the train sets out its cars and passes the station again as light engines (just the locomotives). The Davis station is a nice place to watch all of these different freight train movements.

If you are a beginning railfan, it is suggested that you start taking notes on it the same way you would with an enjoyable college lecture. Visit the Sacramento train museum if you have the time and money (Yolobus 42 can take you close). Take lots of pictures with good composition, have a tripod, and when you are confident about the quality of your catches, upgrade to a nice video camera!

Another good place to watch trains is the crossing at Old Davis Road in South Campus. If you're going railfanning please remember to stay off the tracks and be mindful of private property!

Tuned to a B inverted 7th (B,D#,A), once most common in the United States until the Nathan K-Series rose in popularity. 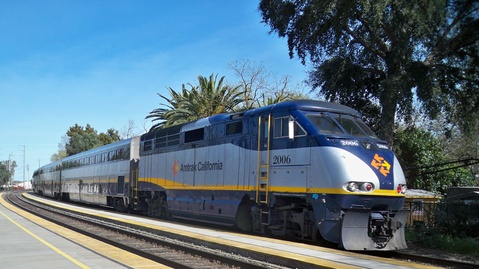 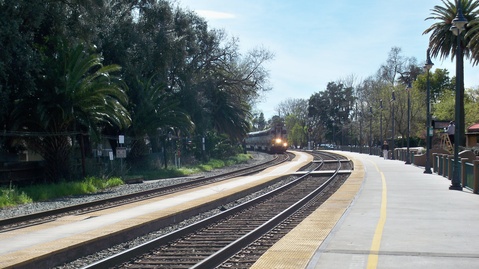 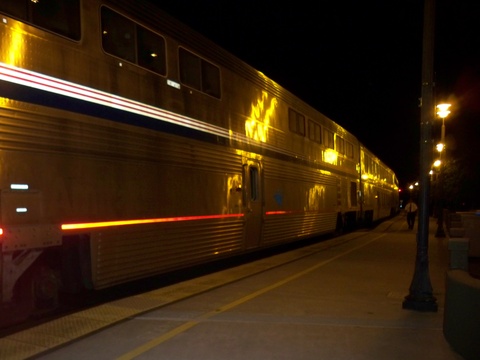 2011-04-30 13:55:11   To the person editing this page: sorry if we were editing simultaneously. Try making your change again, and thanks for the good point about safety and respect! —Chelsea744

2011-04-30 19:09:57   I am curious what real rail fans think of the movie "The Station Agent." I love it — it's one of my favorite movies — but I don't know what things it got right, what things it got wrong, or what might be offensive from a railfan point of view. —CovertProfessor