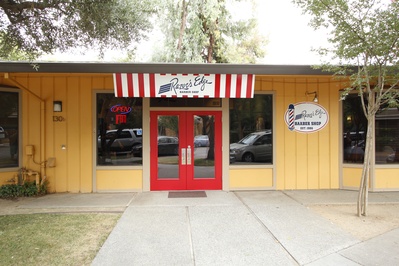 Razor's Edge is a local barber shop whose owner is friendly and experienced. He never rushes, and actually takes pride in taking his time. He has a TV which is always turned to ESPN and there is also a variety of magazines, from Maxim to National Geographic. If you are nice you might be able to get a free beer out of the small fridge near the counter. 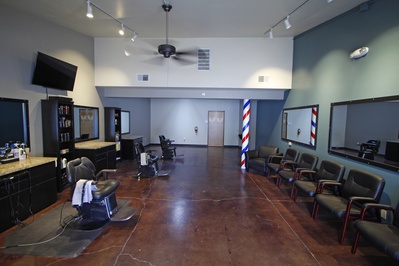 How was your experience at Razor's Edge?

2009-01-07 11:04:40   I am so glad I found this place. Best men's haircut in Davis, bar none. Sukh is really nice and takes his time. You might have to put up with him stopping to watch ESPN is they're talking about the Cowboys or Lakers (his teams), or returning a text message to a friend, but it's worth it because he's a really nice guy and wants to do a good job. You simply can't find a better place to get a men's haircut that this place. Ask for a "Scissor Cut," which is $17, rather than $13, but it's worth it! —condemned2bfree

2009-05-29 12:35:32   Had a great first cut there a month back, returning soon. I had quite a mop and asked for a scissors cut giving very general instructions on what I wanted. —JamesShearer

2009-08-16 08:45:10   Sukh is an all-around good guy as well. Whenever I've been in the area over the last four years, I've gone to him, and he does well with me and my damn cowlicks. Plus, for kicks, I had gotten a mullet cut just before I came to him for a real one the last time, and apart from a quick oh-man-what-is-that glance, the man didn't even judge. Seriously, though, great guy, really efficient, and has an old-school barber shop awning. Nifty.

2009-10-16 22:28:37   This guy gave me the worst haircut I've had in many years. Uneven, choppy, careless. If that's not reason enough for me never to go back, his behavior was UNBELIEVABLE. While I waited, he cut the hair of two different guys. Strictly clipper jobs, so they went quickly - fifteen minutes total for both. I was under a time constraint so I was paying attention. The next guy, the guy just before me, was a friend of the barber. They got to talking about women they were interested in and the barber would stop cutting the guys hair for long periods of time. At one point they turned and watched the football game on the TV for an entire set of downs. Nearly a half hour had passed since this guy got in the chair. I was about to leave. I figured if he stopped to chat one more time before finishing this guy's cut - also a clippers cut, one length, like the two guys who were in and out in seven minutes - and I would go. He finished him up and I sat down as the customer took out his wallet. The barber put the cape around my neck and, you guessed it, started chatting with his pal about a gig he (the barber) has spinning music at some club in town. Another couple of minutes. All in all I spent about seven minutes in the chair and well over an hour in the shop. I'm new in town and all I can think is there are some awful barbers and stylists in Davis if so many people call what this rude, talent-free, hack does "the best haircut they've ever had." —z

2009-11-23 21:25:51   I gotta agree with "z" above me. Although I didn't have an experience that bad, I did sit in the chair for a good half an hour because he got a text message every few minutes and had to respond to it. It just felt unprofessional, and the combination of him texting and watching tv made me feel like he didn't want to even cut my hair. I have stopped going here and instead have been very very very happy with Resler Brothers. —MarkPinske

2009-12-03 13:52:48   Been going here for a long time, always is quick and to the point, always is good and straight. Longest I've ever spent in the chair is 10 minutes with what's-his-name answering text messages and calls, which is quicker than anywhere else I've gone anyway, so I don't know why those people above say they waited 30 minutes, maybe they just have a whacked out sense of time... I even have a friend in Sacto who comes to Davis just to go here. I will continue going here as long as I live in Davis. —GarrettGallegos

2010-01-21 17:19:04   Sukh is the best barber in Davis, Hands Down! I have been going to his shop for over a year now and have nothing negative to say about him or his skills as a barber; On top of it he has a great sense of humor. He gets the job done right, and gets it done right the first time. It is very apparent that he takes pride in his job and loves what he does. Keep up the great job Sukh. Cheers! —NelsonB

2010-11-18 22:17:31   Sukh is a good guy. Haircuts are generally much better than you can get elsewhere for the same price; if he messes something up, he'll fix it when you come back in. If you want somebody to love your skull endlessly for 14 bucks, find another option, but within the constraints of a living wage he's a small-business owner that usually delivers for the price. —Flokkenfisch

2012-04-01 14:46:38   I've always gotten a great haircut here. It's always pretty quick too. There's ESPN playing and generally I just like the atmosphere. Also the barber is pretty chill and doesn't t ask tons of questions just to make you talk. 5 stars baby! —Bherzberger