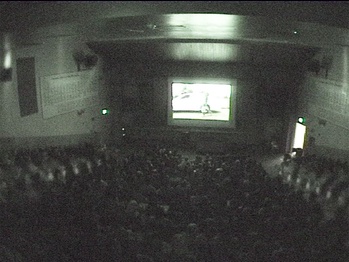 Robotmedia was a national student film collective with chapters in Davis, New York, Seattle, Los Angeles, Austin and Berkeley. As of Nov. 2006, the Davis branch of Robotmedia became the only active branch. It is now defunct, though there were rumblings of a reboot in January 2014. Nothing has come to pass as of yet.

During the school year, each chapter had a showcase once per quarter where they showed the films from past quarter. They would also decide on the following quarter's themes. Even if you weren't into filmmaking, the showcases were the place to be. Davis showcases were typically shown in 194 Chemistry (known as Chem 194) but were in 2205 Haring as well. Attendance was typically in the hundreds. 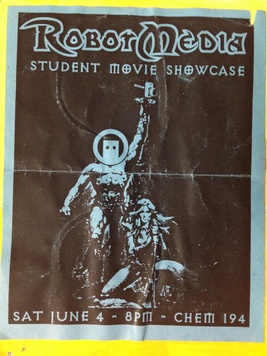 Davis Robotmedia flier from 2005.Robotmedia was unique in that it was a film showcase without the same pretentious air that many associate with student films. Anyone, absolutely anyone, could submit absolutely anything1. This led Robotmedia to be the point of some controversy. Some people were offended by a film poking fun at CalPIRG, others were offended by different movies. For the Winter 2005 ASUCD Election, they showed a Senate-campaign music video about campus politics called "F.U.C.K. the Senate," links to which can be found on the Friends Urging Campus Kindness page. Regardless, Robotmedia was always a place for anyone to show a movie. You might have seen some films you didn't like, but you were also sure to see a few that kicked ass.

The idea was for people to make movies based on one or both of the showcase themes, but fewer than half of the entries in any given showcase had anything to do with the themes. Themes for the upcoming showcase were decided by the audience by a democratic process that involved yelling and cheering. Lenny VanBoven was often suggested as a theme.

Submissions had to be five minutes in length or less and accompanied by a release form which was downloadable from the official website. Questions regarding submissions were directed to Adam Burgett AndrewCholerton.

Robotmedia Davis was started by UCD student Joe Conte and the first showcase was on October 16, 2002. 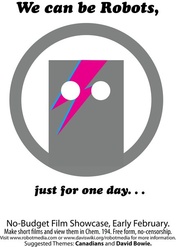 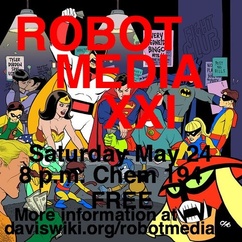 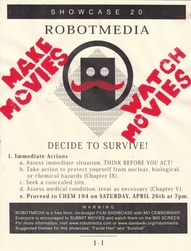 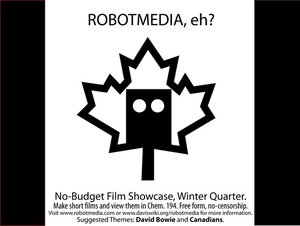 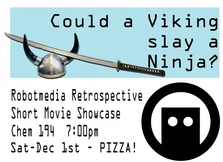 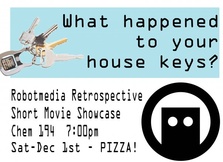 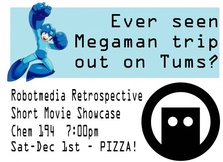 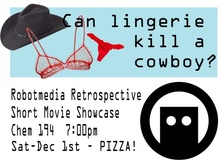 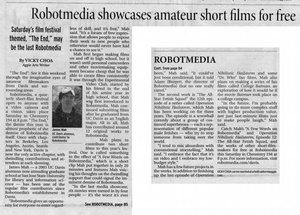 Robotmedia had a mascot who was seen around town at various times, promoting the organization. 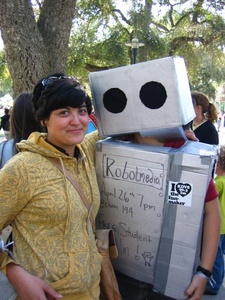 1. People have been known to make movies about lego men jumping into vaginas. After the end of 2005, the showcase organizers have requested that submissions be five minutes or less, but you could probably get away with longer if you ask first.