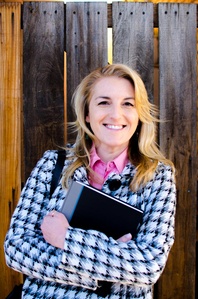 Rochelle Swanson was elected to the Davis City Council in 2010 and 2014. After a brief period of retirement to guide her youngest son through his final years of high school, she is running again in 2020. During her time as a City Council member, Rochelle led efforts to develop a sustainable budget and establish Davis as a leader in regional economic development with a push for greater investment in critical infrastructure. In addition to economic sustainability, she was a champion for environmental sustainability promoting policies in line with our Climate Action and Adaptation Plan. This included, but was not limited to, wood smoke curtailment,  the plastic bag ban, and the reduction in toxins within our greenbelts. She proudly received the endorsement of the Sierra Club in both 2010 and 2014. On the City Council, Rochelle has also served on a number of regional boards, including the Yolo-Solano Air Quality Management District, I-GATE Board of Directors, Yolo County Children's Alliance, and the Yolo County Housing Authority. Along with the formal board positions, Rochelle has been actively engaged in activities promoting the Davis community with organizations like Next Economy and the Sacramento Metro Chamber of Commerce. In 2013, Rochelle was asked to serve as the honorary Co-Chair to Cap-to-Cap, the annual trip from Sacramento to Washington D.C. where 300+ regional leaders travel to the nation’s capital to advocate for policies and programs to help us make the best of the assets that reside in the greater Sacramento Region. She is a founding board member of the Greater Sacramento Economic Council and continues to serve on committees supporting agriculture and technology as a member of that community. Her service to the Davis community began long before her election to City Council. She worked on Chapter 10 of the City's 2001 General Plan update, serving on the Youth and Education Committee, and later spent a year serving on the Yolo County Grand Jury.

When elected, Rochelle was serving as the President of the Davis High School Blue and White Foundation and the Project Manager for the campaign to renovate the stadium facilities at Davis Senior High School. She is the founder of RHS Consulting, which focused on land use matters specializing in telecommunications, municipal planning services and sustainable agriculture. As licensed attorney, Rochelle has enjoyed the flexibility of contracting professional services allowing her the flexibility to be actively engaged in her children's endeavors and in public service. Rochelle is a Paul Harris fellow and served on the Child Abuse Prevention Program committee with the Rotary Club of Davis. Her Rotary work led her to global service and advocacy for cervical cancer prevention in some of the poorest and most at-risk communities in the world. In 2017, Rochelle completed the year-long training program by the American Leadership Forum and continues to be an active Senior Fellow.

A couple of years ago, Rochelle transitioned from consulting to an internal leadership role that continues to allow her flexibility and community service. Her day job as a Government Affairs Manager entails working with policy makers and community leaders throughout California, including the state capital, on broadband deployment best practices and bridging the digital divide. Rochelle has been a small business entrepreneur not only in her own consulting business, but also in a Downtown Davis restaurant business. Rochelle has enjoyed being a Davis resident for nearly 30 years. As with many residents, she first came to Davis to attend UC Davis where she earned a degree in Political Science and has been a proud Aggie ever since. Once living in Davis and enjoying its quality of life, she knew she wanted Davis to be her permanent home. All three of her boys went through our local schools from pre-k to graduation. Living in Davis and seeing the challenges that it has been facing motivated Rochelle to become more and more involved in public service. Rochelle is a problem solver by nature, and is ready to continue meeting the challenges coming before the City to help keep Davis a great place to live.

In 2010 and 2014, Rochelle was endorsed by the Davis Enterprise, Sacramento Bee and California Aggie newspapers. 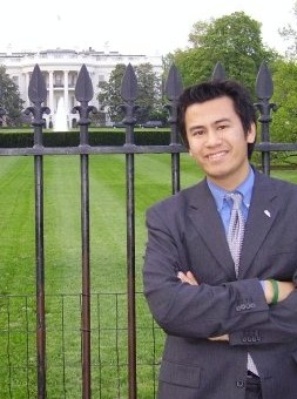 Lamar Heystek is a Democrat and has endorsed independent candidate Rochelle Swanson in the non-partisan Davis City Council 2010 Election.

"After much consideration, I have decided to endorse the candidacy of Rochelle Swanson for Davis City Council.

I believe that Rochelle’s election brings great hope that the city will begin more seriously addressing the most critical issue we currently face: the state of our finances. In my opinion, our inability to exercise better fiscal discipline has placed at greater risk the safety of our neighborhoods and roads, our constituents’ ability to continue paying for vital services and the public trust we as stewards of taxpayer dollars seek to engender in general. I predict that Rochelle will advance positive, substantive structural change for the long-term fiscal health of the city and will take advantage of the next round of labor negotiations to do so.

Furthermore, my belief is that Rochelle will contribute to a balanced view on the Council of land use matters. In endorsing Rochelle, I echo Rochelle’s desire to rein in unsustainable growth by upholding the principles of our current General Plan. Very importantly, I predict she will view with a critical eye any proposals for future residential development on our periphery. I especially appreciate her sensitivity to the public’s expressed desire for a small, compact city.

In general, I expect that Rochelle will not be afraid to vote “no” when necessary, while working earnestly and diligently with her Council colleagues toward consensus on common-sense alternatives.

I readily acknowledge that under other circumstances, Rochelle may not have been a natural choice for me, based on aspects of her political and professional background. However, my observation is that one’s voting history on national or state issues may not necessarily be a predictor of his or her voting record in local nonpartisan elected office. Rochelle and I certainly do not agree on all issues, and as such I do not expect that she will vote precisely how I might have voted on future issues before the Council. However, I have confidence in the fundamental philosophy and independent thinking she seeks to bring to the Council dais. I also believe that Rochelle’s unique relationships within the community can translate into positive change – some of which we have already seen during her candidacy – in several aspects of community life. 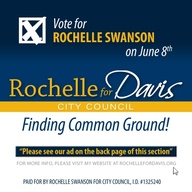 2010-03-12 11:24:47   I am hoping that we eventually hear more specific ideas from Ms. Swanson. I can't imagine anyone who would disagree with her stated platform. —CovertProfessor

2010-05-20 00:26:50   Not too long ago, Rochelle was seen driving around town in a car with a Sarah Palin 2012 bumper sticker. She was also a fan of Palin 2012 on Facebook. Strikingly, since the beginning of the city council election both of the Palin mentions have disappeared. At the UCD Young Democrats city council forum, she admitted to being previously registered as a republican, but recently switched to "independent." Personally, I could never cast my vote for a woman who is so irresponsible for her own. —De

2010-05-20 15:53:48   The first two assertions made by the anonymous poster above are absolute, made-up lies. Rochelle never had such a bumper sticker on her car, nor was a fan of any such Facebook page. They are the convenient sort of lies that are completely unprovable and made by an anonymous coward.

The third assertion is a half-truth because, in the UCD Young Democrats forum, Rochelle stated that she had been registered as both a Democrat and a Republican at different times in her life, but she found herself unsatisfied with both major parties and switched to independent.

As for the phrase, "Personally, I could never cast my vote for a woman who is so irresponsible for her own." I am unclear as to what this statement means but infer that "her own" is a reference to Rochelle's family. Any attack on any candidate's family is completely beyond the pale and has no place in our civic discourse.

Finally, it is indicative of an inability to criticize Rochelle on relevant issues that someone from another campaign would stoop to anonymous fabrication.

For the record, I am a volunteer for Rochelle Swanson for City Council. I am a registered Democrat and a longtime editor of this wiki. I believe Rochelle is the best candidate in the race. I am posting with my real name, and invite anyone who has a actual criticism of Rochelle's ideas, and who values the wiki, to do the same. —WillArnold

"for her own" isn't referring to her family at all - it comes right after mentioning she's been both main political parties. It's referring to the word 'vote', as in "I would never vote for a woman who is so irresponsible with her own [vote]."

For the record, and speaking as one who has endorsed Rochelle: it is true that she had a Palin link on her Linked-In page (not Facebook). I saw it, as did another person who posts at the Davis Vanguard. It was removed shortly after she announced. I personally consider it irrelevant to her candidacy for Davis City Council, but other might disagree. —DonShor

Don - I found the post you referenced on the Vanguard. The Linked-In link was for McCain 2008, not Palin 2012.

From the Vanguard: Greg Kuperberg 03/02/10 - 03:44 PM ... Now here is something new for Davis politics. Rochelle Harry Swanson. On her LinkedIn page, she supports McCain-Palin.

Davis Enophile 03/02/10 - 05:03 PM ... Greg Kuperberg: I think you mean supported McCain-Palin, or is she like those people I see driving around with expired campaign bumper stickers worn like badges of honor. Thank goodness people discard the lawn signs after an election. Alas, it takes a whole lot more courage to paste your bumper sticker to your car compared to taping it to the rear window.

Bill Ritter is a big "LIBERAL DEMOCRAT" and has an Obama sticker on his car, but he was hired by Palin Development to run the campaign for Wildhorse Ranch (Measure P); I would rather vote for a Republican who opposes local peripheral development over a Democrat who works for developers ANY DAY!!!! —GregSokolov I'm reasonably sure you meant Parlin Development.... —DonShor