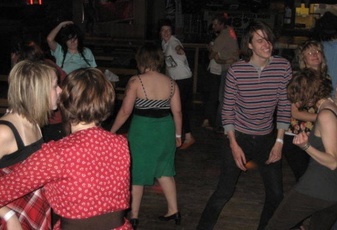 Rock It was a dance event that happened at The Grad on select Sunday nights. DJ Boy Wonder, once a resident at The Bombshelter, former Armadillo employee, and former Yolo Berry Yogurt employee, played mostly indie dance music for the series. Jenn de la Vega also DJed the event sometimes under her KDVS DJ name, Fanny McGee. Set lists could once be found on a MySpace page.

Rock It's fliers were distinct in their hand-drawn look and often featured drawings of people modeled after real Davisite friends of Boy Wonder's. Boy Wonder's sister, Kai Smart, also a former tattoo artist at Primary Concepts, drew most of the fliers.

Rob Roy, a frequent attendee of Rock It, made periodic mention of the event on his LiveJournal in the series' heydey--'05/'06. Below are screen-shots of a few threads that resulted from his posts, ones which reflect the favorable sentiments Rock It attendees expressed about the series: 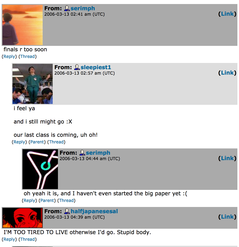 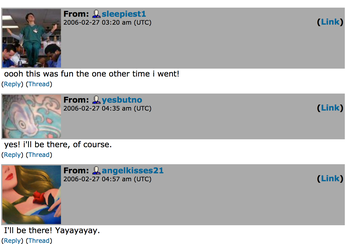 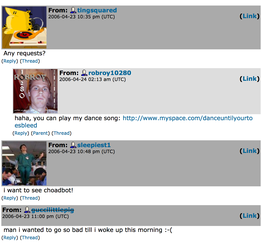 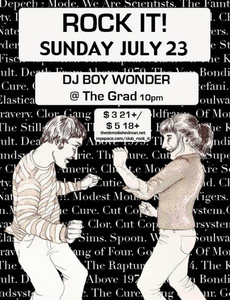