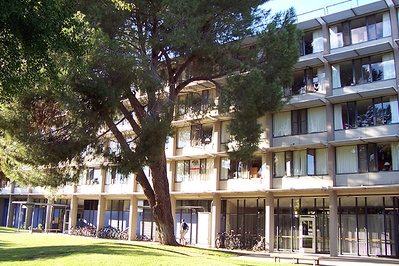 Ryerson Hall, a residence hall on the UC Davis campus, is one of the four High Rises in the Segundo area and is named for Knowles A. Ryerson, Dean of Agriculture first at Davis, and then at UC Berkeley. It was built in 1964.

The third floor is "No Program" though they once had a great IM team that won two championships. The fourth floor is "the convent" (all-female; contrary to popular belief, the women on this floor are no more quiet or reserved than any other floors, although certain people on the fifth floor would disagree). They still get two bathrooms. The fifth floor suffers when the elevator breaks down.

Rooms x16 (where x is the floor number) and on the sunny side of the fifth floor have ant problems. Paul Harms successfully waged a bitter war against the ants in Room 515 and succeeded in eradicating the little beasts within the borders of his room. BTW ants do not like Febreze, cinnamon, or cream of tartar. No need for that weapon of mass destruction, RAID. It's just not healthy to spray in your room.

Many residents leave presents for future freshmen hidden behind the white panels by the doors in the rooms before they leave.

Ryerson Floor Two was unofficially named "The Deuce" by the one and only Resident Advisor Chintan Desai. The 2007-2008 Ryerson Two residents were arguably one of the most active and social dorm floors at UC Davis. Most notably, they had an epic floor water balloon fight which took place in the Deuce. The Deuce lounge is known for nocturnal tendencies and other non-productive social gatherings. RA's and student housing basically hate the Deuce. 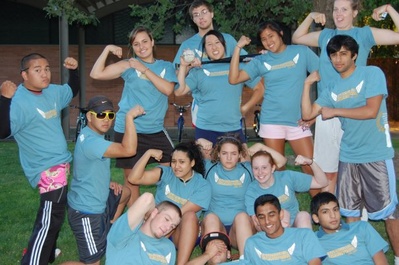 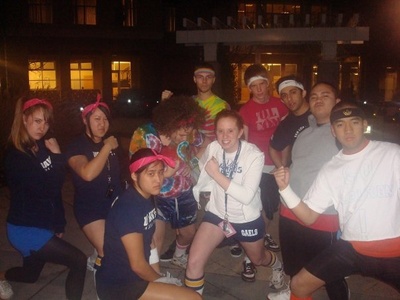 The deuce still lives on in 2008-2009. This floor mysteriously lost their first RA back in October, a fire extinguisher, a couch...etc. This floor is loud and very social, leaving their doors open often to talk and party. The deuce 08-09 has had intermural sports teams, and didn't even get last place for soccer.

The Deuce of 2013-2014 was best known for shitting on all previous floors' accomplishments by consistently playing soccer and dodge-ball in the hallways, dropping fire alarms like it was hot, breaking legs and taking names, partying almost every single weekend with their doors wide open to socialize, passing out on the hallway floor numerous times, yakking in places in the bathroom that the custodians didn't even know existed, and absolutely dismantling every other team they faced in Inner Tube Water Polo to become the new Spring 2014 Champions. To this day, their legacy remains, forever enshrouded in legend — forever burnt into the walls of Rye Two. We are the Deuce.

Room 222 (1/3 of the devil) is rumored to have a ghost in their closet. One afternoon, the girls left the room with their closet doors closed like they always do, due to random paranoia. After being gone for about a half an hour, they came back and the closet was wide open. They were surprised but not freaked out. After five minutes back in the room, tying shoes and doing other stuff, they heard and noticed the doors completely shut again. This gave them quite a scare that the screamed and ran for help from the football players on the floor. It is possible that the ghost from the room exactly two floors above now haunts the whole building. Other unexpected phenomena occur throughout the building as well. Other ghost stories have not yet been recorded, but have been passed down through oral tradition.

I moved into Ryerson with my best friend in the Fall of 1968. I believe it was the first year that the dorm was Co-Ed. My mother was appalled! The guys were on the second and third floor and the girls were on the fourth and fifth. We lived in room 507 for 2 years overlooking a parking lot (where my car was parked) and Russell Blvd. Now we would be looking at a dorm built in our parking lot.

We had a lot of fun in our dorm. We had shopping cart races down the halls and I was the one sitting in the shopping cart. We played intramural sports; softball, volleyball and flag football. I got my first black eye playing football. My mother was appalled!

We met some guys on the third floor and played hearts almost every night after dinner. These guys were no angels. They lived on the other side of the dorm, facing Gilmore. In the Spring, they rigged up a catapult and fired water balloons at unsuspecting girls.

We were on the honor system at that time. We didn't lock our rooms during the day or padlock our bikes. I had my bike "borrowed" twice. Fortunately, my bike was green, whereas most of the other bikes were red or blue. I had to walk to class, but I found my bike parked in front of Olson Hall and rode it to the rest of my classes.

I had a very small TV with the rabbit ears. Several times, I would come home from class and one of my friend's boyfriend would be watching Star Trek. I told him that he couldn't watch TV when I wasn't there. So, on another day I came back to my room and my TV was gone. I marched on down to this guy's room, where he was watching Star Trek on my TV. I had my friend lay down the law to him and it didn't happen again.

We participated in all the traditional activities of the time. We went to the Homecoming Bonfire, Picnic Day, going to Farrell's in Sacramento to celebrate our rivalry with Sac State, enjoyed the antics of the Band-Uh and we had to wear "dinks". I believe that the first Whole Earth Day in Davis was in the Spring of '70. It was very different than today's festivities. Our dorm participated in the singing competition. We sang Scarborough Faire by Simon and Garfunkel. We sang in harmony and were really pretty good.

Probably, one of the greatest things about living in the dorm was that Giant Hamburger was just across the street (in the same complex as the Graduate) When we needed a study break, we would just roll up our pajama bottoms, put on a coat and trek on over for a hamburger or a milk shake. Their food was GREAT.

We were fortunate that the school provided clean sheets and towels every week. Spring quarter of our sophomore year, my roommate and I decided we didn't want to be bothered with making our beds every week. We slept in our sleeping bags that whole quarter. My mother was appalled!

We did meet two special girls who became our roommates when we moved into Heritage House the next year. We are still friends to this day and get together whenever we can.

The roof was a great place for privacy/certain activities until someone finally got around to locking the door. Not that I recommend rooftop lounging, the warning sign says you could be expelled for it. —BobbyGray

Also, I'm in room 314, (x14's are next to the kitchen) and we have a HUGE ant problem.. its getting to the point where we can't even have a trashcan in the room. So yeah, its more than just the x16's and fifth floor, the rooms by the kitchen also get hit. —StacyDaigh

oh yeah 2007-2008 you think you're hot? The 2004-2005 Rye 2 crew had all of our lounge furniture disappear, had the window to male bathroom removed, filled the floor with the smoke of a fire extinguisher (classes hadn't even started yet), and had a massive waterballoon/water gun fight.