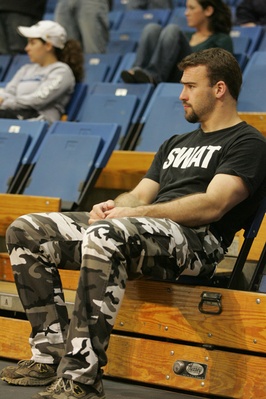 On break but still buff.

Though an unofficial branch of the Aggie Pack, the UCD SWAT team's presence is known at Aggie pack sporting events—primarily basketball games. It is said that many SWAT members are engineers who made their own tube sock- and burrito-propelling guns. And despite the team being fronted with burly males, two women have made an appearance at least once in the requisite camouflage gear. 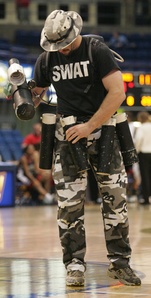