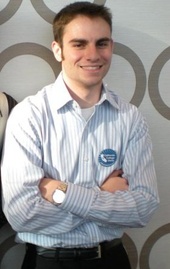 Samuel Mahood is a third year Political Science and Communications double major. He is the former President of Davis College Democrats (DCD), in which he previously held the Office of Finance.

Also, he is the Vice President of Finance for California College Democrats, a statewide organization that aims to engage and empower students across California to elect Democrats and promote progressive values.