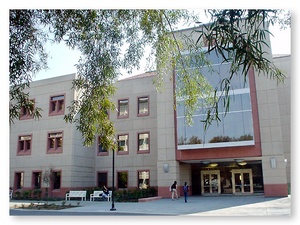 The awkwardly titled Sciences Laboratory Building (SCILAB) is actually a pair of buildings identical in architecture to the Life Sciences Building, sandwiched between Briggs and Haring on the central UC Davis campus.

The main Sciences Laboratory Building, on the east, houses many biological science departments, as well as the Chemistry 2 series labs. The smaller building to the west is 123 Sciences Lecture Hall, a giant lecture hall on the same scale as Rock Hall formerly known as 194 Chemistry.

The Sciences Laboratory Building is the most modern sciences teaching facility in California since its 2004 opening in the campus’ Life Sciences District near the Life Sciences Addition and Briggs and Storer halls. In addition to laboratory classrooms, the project includes student discussion rooms, learning centers, offices and a computer laboratory. An adjacent 511-seat lecture hall is the largest of its kind on campus.

The ground floor hosts a jellyfish aquarium, and a green house caps off south side of the building.

The Haring Barn was dismantled to make way for its construction, and the mysterious yellow bat-filled barn will likely live on only as a legend to future students of the University.

Most funding for the $57 million project came from a voter-approved state bond. A Division of Biological Sciences fund-raising campaign attempted to raise more than $10 million to fund instructional enhancements not covered by state funding, including new facilities for the UC Davis Herbarium, office space for Undergraduate Educational Enrichment and Outreach Programs, and a computer laboratory that will be devoted to training in bioinformatics." SOURCE

The very first lecture in 123 Sciences Lecture Hall was Winter Quarter 2004 at 8:00am with Jay Helms teaching Econ 1. Some people came and said a few words to the effect of, "...this has been a long time in the making...(confused applause)"

Inside the Sciences Laboratory Building on the first floor in the entrance across from Kleiber Hall is Bio Brew, a coffee shop that serves faculty, staff, and students. 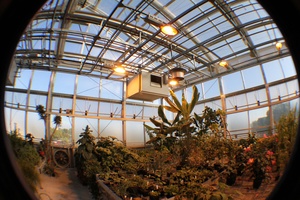 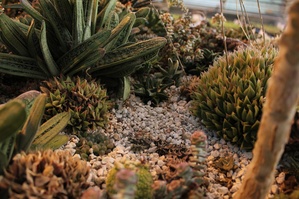 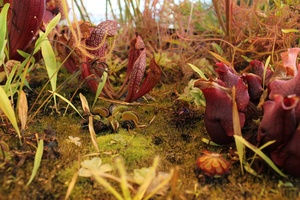