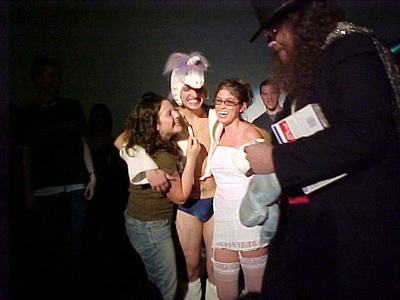 Sex. Most people do it and this is (most likely) how you came to exist in the world. As Davis is a college town, one shouldn't be surprised that the dorms and apartment complexes are as active as the bunny burrows in the Arboretum. Of course, quite a few people enjoy sex beyond their college years, so you might find it elsewhere in town as well. Start by saying hi to someone who interests you.

Most sexually oriented groups for non-college adults tend to be much more discreet and/or informal. 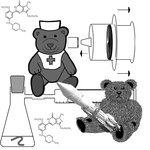 For some reason these little doo-dads are considered pretty risque. They're toys for sex... meant for either self pleasure or a fun addition to other bedroom antics with your partner.

Some nearby stores are:

After Sex (There Is No Stork) 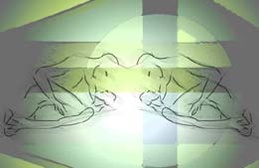 The DavisWiki has a lot of helpful information on pregnancy and parenting.

People choose not to have sex for a wide variety of reasons. Abstinence can arise from religious prohibitions or practical considerations. Celibacy refers either to being unmarried or to sexual abstinence. A religious vow of celibacy is a promise not to enter into marriage or engage in sexual intercourse. Some writers use it interchangeably as a synonym for abstinence or chastity.

Found at the Nugget.