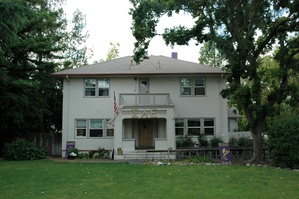 The fraternity chapter was closed in 2012 for violating policies set by the Campus University Housing Committee.

Alumni of the chapter maintain a strong presence within the city and university of Davis. The California Kappa SAE chapter is active and maintains annual golf tournaments, founder's day events, and home coming gatherings in the fall. The alumni of the chapter are also largely members of the San Francisco Bay Area SAE Alumni Association as well. The Cal Kappa Housing Corps. maintains the property today and while not directly affiliated with the fraternity, is largely made up of alumni from SAE to ensure a location should the fraternity return.

At this time, there are only tentative plans by alumni to revive the chapter.  There is no explicit plan on a return, but should undergraduates decide to form a new chapter presence, there will be support granted.

For more than half a century, SAE members have recited "The True Gentleman," and no other words, save perhaps those of the ritual of initiation, have more nearly represented the ideals of Sigma Alpha Epsilon.

The True Gentleman is the man whose conduct proceeds from good will and an acute sense of propriety, and whose self-control is equal to all emergencies; who does not make the poor man conscious of his poverty, the obscure man of his obscurity, or any man of his inferiority or deformity; who is himself humbled if necessity compels him to humble another; who does not flatter wealth, cringe before power, or boast of his own possessions or achievements; who speaks with frankness but always with sincerity and sympathy; whose deed follows his word; who thinks of the rights and feelings of others, rather than his own; and who appears well in any company, a man with whom honor is sacred and virtue safe.

On the night of March 9th 1856, eight gentlemen founded Sigma Alpha Epsilon. The California Kappa chapter of Sigma Alpha Epsilon was established in 1952. Sigma Alpha Epsilon started in Davis as a local fraternity known as "Phi Alpha Iota" which had a house on the 200 block of A St. The location has since been replaced by the off-campus book store. Phi Alpha Iota was founded in 1913 on the UC-Davis extension (at the time) making SAE the oldest running fraternity in Davis. In 1952 around the time when UCD became its own campus, Phi Alpha Iota searched out Sigma Alpha Epsilon as the national fraternal society that best matched their own ideals of being True Gentlemen and sponsored the start of the California Kappa chapter of SAE. In the early 70's SAE moved to a house at the end of Russell called "Cactus Corners". In 1978 SAE left the Cactus Corners house to its present location on 521 Russell.

Unfortunately, after an event that ended with an ΣAE pledge in the hospital in Fall 2009, the Fraternity was no longer recognized by the University. The National Fraternity did not pull their charter and the members still held social functions, meetings, and generally continued to conduct their business. The University once again recognized ΣAE as a school organization in Fall 2011.