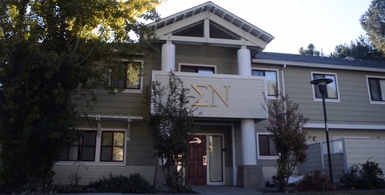 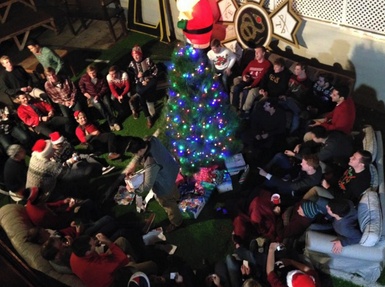 Brothers attending the yearly tradition of white elephant at the end of Fall Quarter, 2016. 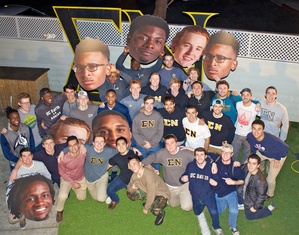 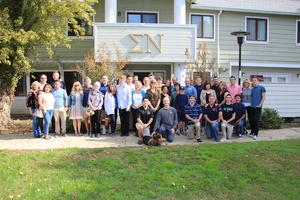 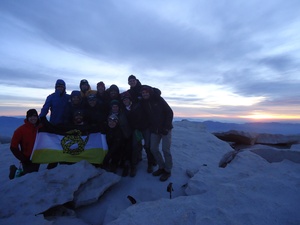 Trekking for the Troops, 2017 - At the summit of Mt. Whitney, following 9 days and 110+ miles of trekking along the John Muir Trail. Over $13,000 were raised and donated to the Pathway Home. More:http://sigmanudavis.com/trekking-for-the-troops/ 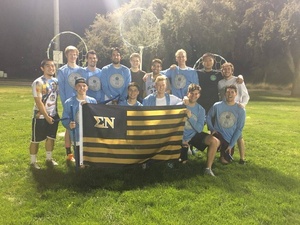 National History - The year was 1866, and unbeknownst to their fellow cadets at the Virginia Military Institute (VMI), three men were about to set out on a mission to change the preexisting system of physical abuse and hazing of underclassmen. Amidst the turmoil and civil strife of the Reconstruction period, a time during which the south was struggling in vain to recover from the ravages that the war had wrought on their society; James Frank Hopkins, Greenfield Quarles, and James McIlvaine Riley came together due to their equally shared feelings of discontent with the hazing situation at VMI. They became the founding fathers of the Legion of Honor, later known as Sigma Nu Fraternity. Due to the fact that the VMI enforced a strict code of honor, it seemed only fitting to the founders that one of their governing principles be honor. The other two principles were undoubtedly to be love and truth. Against hazing of any kind, the founders set out to form a society that would use these principles to create equality amongst its members.

Local History - The Zeta Xi chapter in Davis opened in 1952; however, to the dismay of the chapter, it was closed in 1991. After nearly two decades of dormancy since the chapter closed, the Zeta Xi chapter at UC Davis officially received its charter back during the Winter of 2009. The 29 new founding fathers of the Zeta Xi chapter all came together to build a 400+ page petition to make this possible. The accreditation of the Zeta Xi petition was the fastest in the national fraternity's history. Two time "Rock Chapter" award recipient, given to the top Sigma Nu Fraternity Chapters in the country, fastest to ever receive award after rechartering.

- Raises over $10,000 each year from the "Trekking for Troops" philanthropy event. More info: http://sigmanudavis.com/trekking-for-the-troops/

Mission - To develop ethical leaders inspired by the principles of Love, Honor and Truth; to foster the personal growth of each man’s mind, heart and character; to perpetuate lifelong friendships and commitment to the Fraternity.