Perhaps even rarer in Davis than thunderstorms is snow. The city's mild winter climate is characterized by frequent rain, but since freezing temperatures generally only occur on clear winter nights, when the lack of cloud cover allows heat to escape into space, snow seldom falls in Davis.

Still, on very rare occasions, it can snow in Davis. If you remember the snow, post your snow memories here!

The last time I remember it really snowing in Davis was in early January of 1972, when I was 7 years old. We got 10-12 inches of snow, schools closed and I was able to build a snowman in our front yard. It was magical. Actually Christmas right before it snowed was pretty great too because Santa brought me an Easy Bake Oven. 1971/72 was a good time to be a kid in Davis. 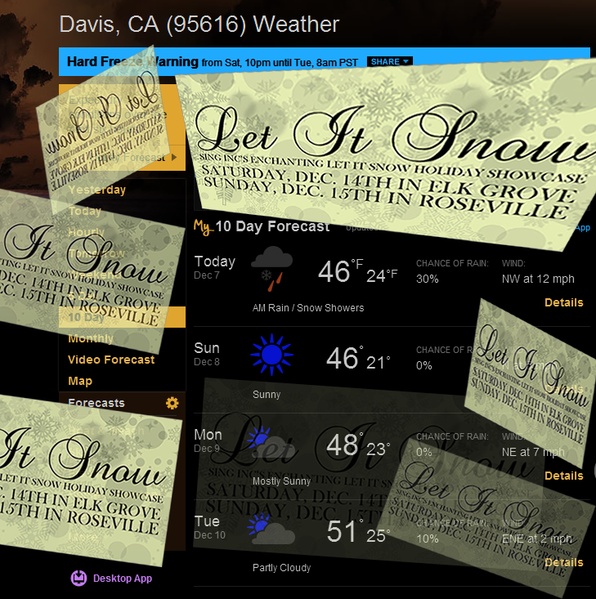 The early part of this winter brought so little snow to the Sierra Nevada that people have started referring to a "snow drought". Besides impacting Davisites' skiing plans, this coincides with a dearth of rain in Davis. No one seems too worried yet, as last year was a banner year for rain/snow, but if this continues there could be problems. 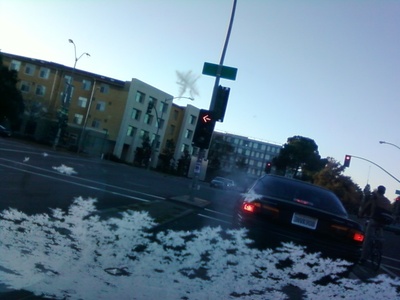 I woke up at 8AM and my car had a thin layer of snowflakes or at least i think it was snowflakes. I think there is a high chance we might see snow this year in Davis. It's going to be a cold winter this 2010. —Lilng

Weather forecasters are predicting a 100% chance of snow for Monday morning, December 7, 2009. But will it actually snow? Get your cameras ready, just in case! —CovertProfessor 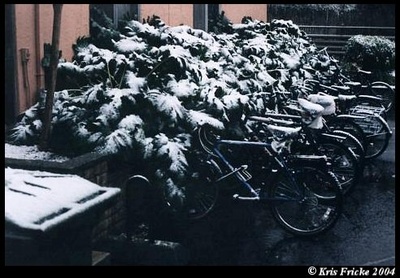 I remember when it snowed... I got my son (then just 1yr old) bundled up and took him out to play in it. He didn't really know what of make of it. It was awesome. - Aaron.Curtin

When it snowed I was living in Sycamore Lane Apartments. I was able to scoop enough snow off the fencetop pictured above to make a snowball and throw it at my roommate. - KenjiYamada

My recollection is that I woke up at around 9am and realized it was snowing. Ran outside and took several pictures (I lived in Cuarto Castillian at the time), and then I went back to bed. When I woke up again alas the snow was gone. -KrisFricke

That morning I rode my scooter Downtown from the dorms to go to work. The road was so slippery that on a sharp turn I nearly low-sided and had to put my foot down. The sight of snow on the palm trees around Davis was really weird, too. - Mike Ivanov

I can't believe I don't have any pictures. My roommate and I both remembered the last time it had snowed in Davis some 9 or 10 years previously — we grabbed an old snowboard and tried to slide down our apartment's entry stairs, but concrete is death for wet snow like that. - KenNeville

I slept straight through it and heard in the afternoon that it had snowed. (It's not a very good story, is it?) —ct

My Snow Memory: I wake up to people yelling and being noisy outside of my dorm. I had an early class that morning, so I get up anyway and I'm in the bathroom when my friends rush in and yell stuff. I can't pee and talk at the same time so I get grumpy. I've seen snow before. Bah Humbug! - Ro

It was a cold winter. I had just moved to Davis and I caught myself wondering "what did I get myself in to?" - StevenWorker 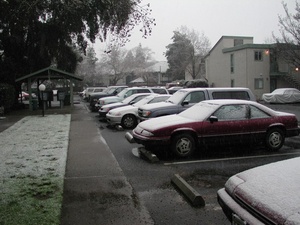 I woke up sometime around 7 AM to suitemates screaming and ran outside with my camera to take pictures of them in the North Castilian Hall courtyard. Later, when biking to a 10AM class, the snow was still present and my friend started ragging me because back two days after moving into the dorms he predicted that it would snow in Davis that year. - TracyPerkins

It was a Davis School District holiday so k12 students didn't have to go to school. - NickSchmalenberger

My wife and I were driving in to work in Davis from Sac, and had just gotten off the causeway when it started snowing. Traffic slowed down and people were sticking their hands out of their car windows trying to catch snowflakes. Otherwise it was a pretty normal day. Being a Chicago boy, it wasn't much to look at, but it did make me a little late for work. — RogerClark

It snowed in Sacramento at the same time, and it happened to fall exactly during the passing period between zero and first period at McClatchy High School. We danced. — ElisaHough

I was living in Emerson (Cuarto dorms) and my (now husband) boyfriend was coming to meet me in the DC. He is from LA and had never seen snow fall, so he comes running into the DC to tell me that there is some kind of "weird, slow rain outside". By weird, slow rain, he meant snow. It was priceless. I hear it snowed in my current town of residence, Woodland, today (12/16/08). I'm sorry I missed it!. — AmLin

I just created an account so I could upload my photos of the 2002 snow! It was pretty amazing though it didn't last long. I now live in Vermont and we've already had more snow than that this year and it is currently 19 degrees out but yeah, the Davis snow was so neat! CharlieHohn 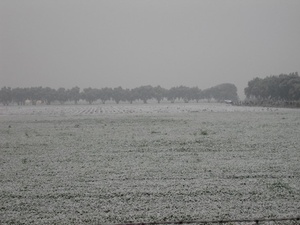 Snow in the UCD fields west of Hwy 113 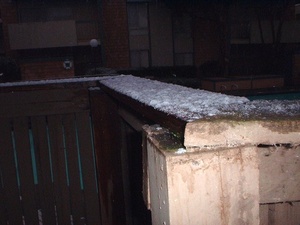 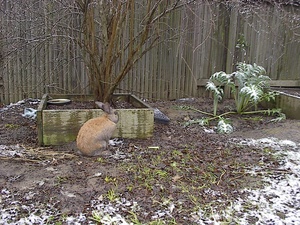 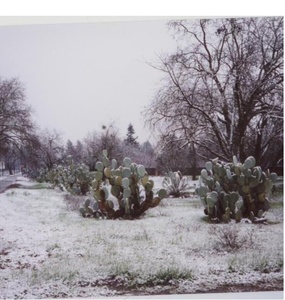 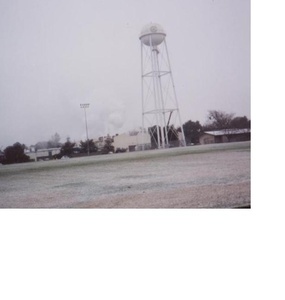 snow and the water tower 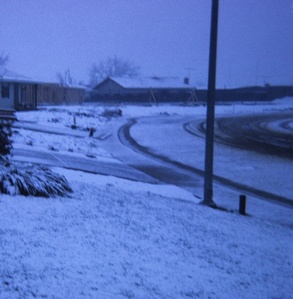 Snow on Auburn Drive in the early 1970s.