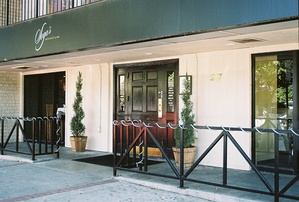 Soga's, or at least this location, has gone through many changes (see history below). Most recently, in September 2010 it changed from Agave back to Soga's. Its new menu includes Italian, Mexican, and American cuisine.

Soga's began as a local restaurant that offered upscale dining. Prior to being located on E Street, Soga's used to be located at 222 D Street, until the Mustard Seed took the spot. The original chef and restaurant's namesake was Chef Matt Soga, who was followed by executive chef Roger Duran, formerly of the San Francisco Presidio Café.

In June of 2007, Soga's went through some changes. New owners, new management, a new chef, new menu and new wine list. Their menu featured items like organic salads and organic beef (from Niman Ranch). Some people believe the dessert menu was very tasty and definitely worth a try. The chef was Ricardo Roa who was with Soga's for 10 years and the General Manager was Cliff Mohr followed by Jay Mundi. They offered a full service bar with two HD big screen TVs. Wednesday through Saturday nights they offered a nightclub with music and dancing starting about 10 PM.

In December 2008, the Chaat Cafe (also called Cafe 217) replaced Soga's at this location, followed by Agave. In September 2010 it changed from Agave back to Soga's again.

Soga's will be shuttering it's doors for good no later than November 21st, 2010 after filing for bankruptcy (verified by multiple employees now seeking work elsewhere as they were just informed Saturday, November 13th of the impending closure. There are currently no buyers lined up to take over the property and it appears that Davis will be down one more bar. It is recommended that if you wish to visit this establishment while it remains open you do so prior to the 21st. 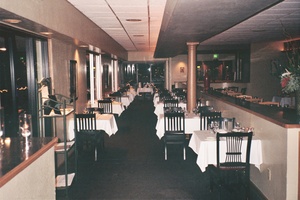 Reviews from 2005 through 2007's change of management Reviews from the new management of 2007 through closing Reviews and Memories after closing in December 2008.