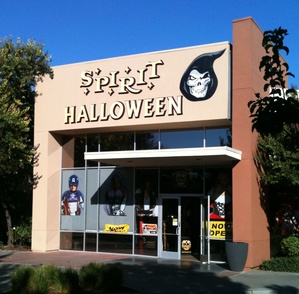 Spirit Halloween was a temporary store specializing in Halloween costumes, accessories, and party props. For the 2011 holiday season, the Davis branch opened up in the vacant space recently left behind by Borders. Spirit is notable for its considerable number of life-size animatronic displays, some of which are quite dramatic, bold, imaginative, morbid, grotesque, graphic, and dynamic. In the middle of the store in 2011, there was a flying carousel of zombie babies. At the back was a dungeon-like sewer in which human figures were depicted in various stages of torture and death.

In late 2010, the owners of the Spirit Halloween chain donated nearly $30,000 to the Child Life Program of the UC Davis Medical Center 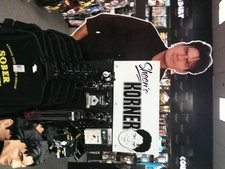 On Halloween, you can dress up as Charlie Sheen in recovery... 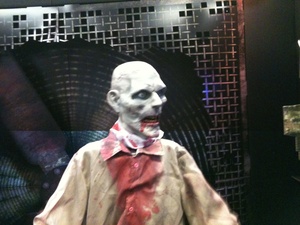 ...or Charlie Sheen on crack!