The fertile ground in this part of the Central Valley is good not just for fruits and vegetables, but a great variety of other plants. During late winter and spring you can see flowers on trees, bushes, and on the ground throughout the city. 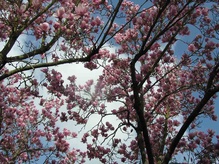 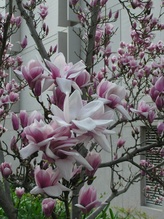 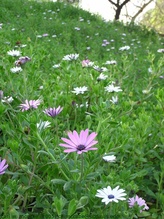 African daisies in the Arboretum. 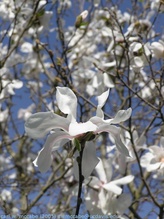 A tree in the Arboretum. 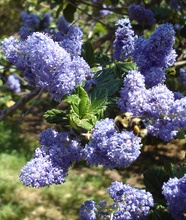 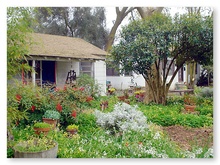 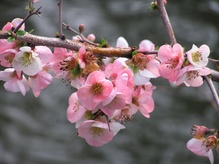 Flowering quince in the Arboretum, by Lake Spafford. 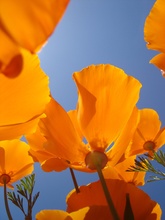 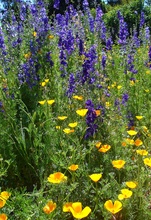 Poppies and purple larkspurs in a Village Homes garden, taken in May 08 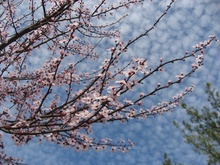 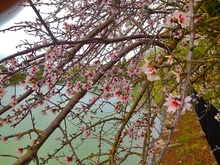 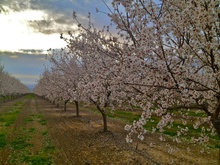 Unknown Orchard off County Road 99 during Sunset in early March

2007-06-14 14:29:16   They do, but there is already a flora page that has different species and cultivars that people can explore further in depth and includes miscellaneous pictures. This page seems more like a photo gallery than anything of substance. I suppose it could be edited to include the plethora of flowering plants in spring and the country feel they give to the town. Especially after the seasonal depression of Winter. —CarlosOverstreet

2007-06-14 21:19:33   I see your point, Carlos, and I also agree that more pictures would help. I love the diversity of flowers that you see in people's gardens, and more of those pictures would be nice. —CovertProfessor

2007-06-14 21:48:47   "Floral Beauty"? "Places to see Flowers"? Just like an entry about pets versus an entry about animals, this is flowers-as-beauty versus flowers-as-species? That's how I envision it, but it could go in several different directions at this point. —JabberWokky

2007-06-15 09:12:56   I think, like Shadiness Factor, there doesn't need to be much formal organization (yes, I am the same guy who constantly adds headers to some entries). Some entries are best left less structured, a la an art gallery. These are pretty pictures of the flowers in Davis. —JabberWokky