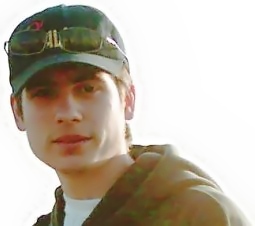 Steven Ostrowski is a student at UC Davis who is a controversial and politically active member of the religious right. He was president and founder of the Christian Democratic Party, chief editor of The Davis Enforcer and self-appointed president of the then-defunct Students for Life at UCD group. He has held various positions at the Newman Center. He is currently a member of the Yolo County Republicans. He is a founding board member of the defunct Upsilon Sigma Alpha, a political fraternity.

Ostrowski was quite active in ASUCD. He has written many bills and resolutions for the ASUCD Senate, most notably several unsuccessful bills that would require that the Pledge of Allegiance be recited at senate meetings. He was the ASUCD representative to the Academic Senate for Academic Freedom and Responsibility. His confirmation was controversial, ending with a 6-5-1 vote. In the past, he has held the position of ASUCD Senate recorder and Internal Affairs Commission recorder.

Ostrowski was confirmed by the Senate for the position of External Affairs Commission 1st Alternate in a 7-6-0 vote, which was later determined an unlawful appointment. ASUCD Vice President Genna Carnes had to break the tie. Very shortly thereafter, he became a full Commissioner after the Vice Chair left the Commission. After he attempted to coerce Senate recorder Bobby Gray into letting him edit the senate minutes by offering to drop a court case he was pressing, the Senate fired him from his position by a unanimous vote.

Although he seemed to dissapear from the ASUCD scene, he remained active in local politics, writing a guest column at the The People's Vanguard of Davis Favor of Proposition 8. He also worked to win Missouri for McCain.

Prior to moving to Davis, Ostrowski was selected as the 2nd Alternate for the 2004 US Senate Youth Program as a senior at Anderson Union High School. In January of 2003 he was involved in the Great Valley Center's youth program concerning California issues specifically drug rehabilitation. He was a also a member of the GABY board and selected various grants for the Redding California area, advocating the defeat of a pro-contraceptive grant.

Ostrowski was the Plaintiff for ASUCD Court cases 36-40, but on the Court found him in contempt for having not filed a brief for his first case nor showing up at the scheduled hearing. Consequently, all pending cases by him were dropped and it was ruled he could not file any more cases for the rest of the Winter 2007 quarter.

Brent Laabs filed ASUCD Court Case 41 against Steve, alleging his publication The Davis Enforcer violates ASUCD bylaws through unfair endorsements of candidates. The paper is under the court's jurisdiction because it is an AS PAPERS publication. The ASUCD Court ruled in favor of Ostrowski, ruling that the Davis Enforcer did not officially endorse any of the candidates as the bylaws required that a document be filed for an endorsement to be official. Ostrowski was counsel for Edward Baraona in ASUCD Court Case #43.

Ostrowski worked to support Christian Democratic Party candidate Ronald Payne in the Winter 2007 ASUCD Election. Previously, he was an ASUCD Senate campaign manager for Kirk Cowgill, and Dustin Murray in the Fall 2006 ASUCD Election. He is now the co-chair for Solidarity.

Ostrowski was the No Campaign Executive" for the ASUCD Winter 2007 Unitrans Fee. Ostrowski believed that due to the terms of the bill (required 20% voter turnout), he had a good chance of winning as his goal was just to tell people not to vote. However, in the largest voter turnout since 2002's Move to Division I, 89% of of over 5,000 students voted yes. Had those that voted no not voted at all the measure would have failed. Steve was also No Campaign Executive for the Outreach Assembly. This bill was also passed in the Winter 07 election with 66% of the vote.

A bit of controversy was started when he systematically went from classroom to classroom erasing LEAD chalking during the Winter 2007 ASUCD election. He has admitted to this, but claims to only erase chalking from "an election ago in order to create more space for newer events" and states that chalking is, de jure, not allowed. Although the majority are, not all chalkboards are erased and cleaned over winter break (typically the overlapping, sliding chalkboards have an occasional one or two that is overlooked). Nonetheless, the original allegation held that it was being done at 6am, long before classes begin, and that it was new chalkings being erased in Wellman Hall.

Steve Ostrowski has written quite a bit of proposed legislation for ASUCD, many are regarded as useless, annoying, and distracting. The primary cause for this may be his stubbornness. He has said before he is content to resend the same bills over and over til he gets what he wants. One example of this is a bill about the Pledge of Allegiance. He is preparing to try to get it passed a fourth time. While the vast majority have failed in IAC, two have passed — and a third passed after a complete rewrite by BrentLaabs.

After a long, long time on the verge of being banned, Steve was banned from the DavisWiki on September 10th, 2007. He is still welcome and active at other wikispot wikis. Shortly after being banned from the Davis Wiki, Ostrowski founded the Redding Wiki and promptly banned the majority of active Davis Wiki editors from it. There is also an Encyclopædia Dramatica entry on him.

He has also been banned from Facebook (for a second time).

2007-02-21 19:27:04   Dear Steve, I can guarantee you that no one from LEAD created that ad, I know that for a fact. No one on the LEAD slate has been dishonest and no one posted that pic of you. Please stop spreading the slander and instead point the blame at the individual who actually did it. —GennaCarnes

2007-02-22 01:21:02   I don't follow ASUCD proceedings, nor do I have any very good reasons for my voting for LEAD, but I just thought I would point out that Steve, if not for his projecting his radical personal agenda toward ASUCD, has lost my vote for the disorder he causes in our Student Government. I would much rather have an ultra-conservative student politician, with an agenda truly in the interest of progress, than one whose only accomplishments, ultimately, are instigating controversy and widespread irritation. —LeonardMarque You are not voting for me in anyway way, shape, or form. And I wouldn't consider myself an ultra conservative at all. —SteveOstrowski

2007-02-22 05:55:06   Steve, even though you are one of STUFO’s biggest allies, we do not blame them for your antics and inappropriate behavior. We have encouraged all of our supporters to have respect for everyone and about 99,9% have and I am truly sorry for the individual that disrespected you. It is the last day of elections and I am requesting (hopefully not blindly) that you play clean and fair for the next 24 hours-no more ripping down flyers, no more erasing chalk etc. Please let the voters decide and don’t take away from the hard work that many candidates have put it. —GennaCarnes

There has been no erasing of chalk or tearing down of flyers by me ever this entire year or any other quarter. I am pretty close to findout out who did it, and so I will allow the ad to expire, which it should just about now. —SteveOstrowski

2007-02-22 11:06:04   No, Steve is a coward that posted the LEAD flier on facebook himself. Look at his profile and under posted items. You will clearly see that half an hour prior to his "Don't vote LEAD" flier, he convenient has a Support LEAD flier posted. You know, its pretty easy to see that you are using sleezy tactics Steves, but I guess that would be expected from someone of your caliber, your track history isn't the best. But lets not start talking about libel... considering YOU were the one that posted the so called lies against yourself. —HamBedri

Some Student Focus volunteers will note that Steve on more than one occasion campaigned for the Yes Campaign and seemingly forgot to pass out his 500 flyers. -'Annonymous'

2007-02-23 21:43:33   I find it kind of ridiculous that after clearly campaigning hard against the ballot measure and even expressing belief that he'd clearly win, pro-Steve elements would now have us believe that WAIT HE _WANTED_ to lose! LOL —KrisFricke

2007-08-30 17:28:04   The truth is Steve, people can be successful without cheating. Furthermore, it's understandable that people would disagree with our policy or beliefs. But, saying we cheat just because you disagree with us is either a really big bluff and lie on your part or signs of extreme paranoia. . —JamesSchwab

2007-11-14 19:20:47   I have a direct quote that Steve is opposed to the sale of organs. I cannot believe he would have such an objection to one of the finest musical instruments. —DavidPoole