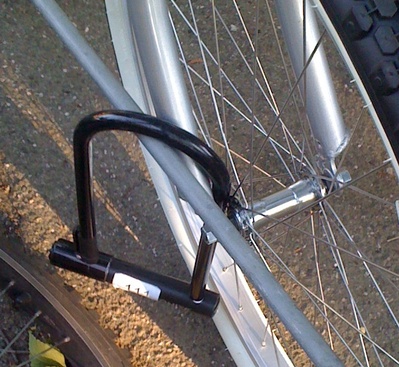 When locking a bike, lock the frame and at least one wheel to each other and preferably a bike rack as well. In this case the bike is basically not locked because if the wheel is removed and replaced the bike can be ridden away. 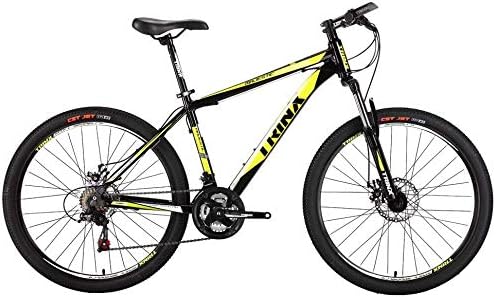 Davis has a bike theft problem. If you live here for a while, chances are you'll have your bike stolen or you'll know somebody else who has. You can minimize the risk to your own bike by:

Be sure, as well, to take a picture of your bike, record the bike's serial and/or registration number, and note anything unique about its appearance. These last steps will help you to use the Davis Wiki Bike Recovery System.

Where Do Stolen Bikes Go?

Bikes left unlocked are usually targets of opportunity, ridden once or twice and then abandoned.

Stolen road bikes with nice components are often kept hidden from public view for a period of time until thieves determine that it is safe to sell them either on craigslist, or to an acquaintance. They are also often stripped for parts, and reassembled into unrecognizable bikes. Sometimes they are also stripped and components sold individually. Some argue that stolen bikes are often moved out of Davis and sold in larger metro areas (Sac or the Bay Area, for example). If you're looking for your stolen bike, you might also keep an eye on Craigslist because they occasionally reappear there.

(Does anyone else have info/speculations about where stolen bikes often end up?)

Be Careful When Buying a Used Bicycle

If you're buying a used bike, be careful about who you buy it from. If it has any type of registration sticker on it, check first with the police to make sure it hasn't been reported stolen. If you buy a stolen bike, even unknowingly, you run the risk of having it taken from you.