Stonegate Lake was built as part of the the Stonegate housing development by Al Smith and is used by the members of the Stonegate Country Club and Stonegate Neighborhood Association. There is no general public access to the lake. Concrete Canoe holds paddling practices on this lake. This pond is in West Davis.

After an enormous amount of soil had been dug from the land to form the lake, the workers transported the dirt and dumped it on the site of what would become Whaleback Park.

The lake has hit or miss fishing. Fish species found in this lake are: Carp, Channel Catfish, largemouth bass, and Crappie.

The lake is home to a variety of wildlife, including: Geese, Swans, Coots, Muscovy Ducks, Mallards, Herons and Red Ear Sliders, .

MikeyCrews alleges to have seen a Great Blue Heron eating a turtle in this lake. 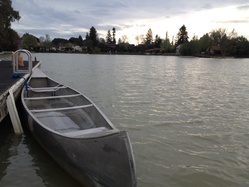 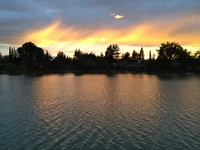 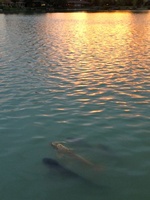 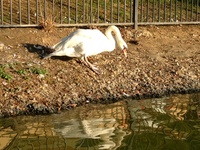 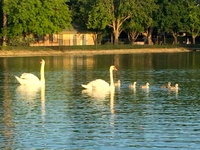 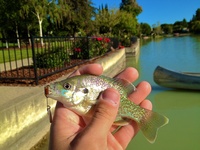 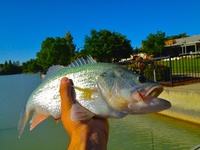 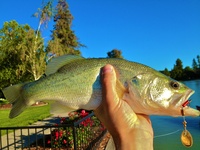 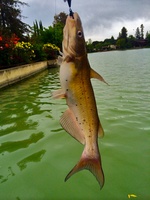 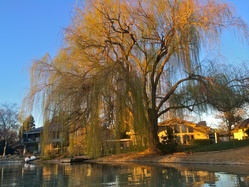 2009-04-06 12:28:49   I think so. Though I may be confusing it with Lake Alhambra, once when I was at a friends house overlooking the water I saw some fish swimming in the shade. Like I said though, I don't remember which one it was. —MasonMurray

2012-03-16 11:55:07   This site was also used for the infamous "Pirates of Stonegate" event (198? - 1990), hosted annually by the City of Davis Parks and Recreation Rainbow Summer folks. The event consisted of a guided boat tour around the island, where swashbuckling pirates would engage passengers with a spirited dramatized adventure (think "Pirates of the Caribbean" but much shorter, and with real people instead of animatronics). The event also featured games such as a "buried treasure hunt", and some fantastic (scurvy-free) snow cones. A Preoccupied Pipers song carries the name of this event... many members of the band (and Lawsuit (band) before) were Rainbow Summer staff that participated in the event. —OldDavis73