Streets in some areas of Davis fall under different naming schemes. Read on to discover some of these themes and information about the history of neighborhood development in the city. You may also be interested in what happens when these streets run into each other at intersections.

Please contribute what you can! We hope to eventually have information about each area, not just a list of street names. 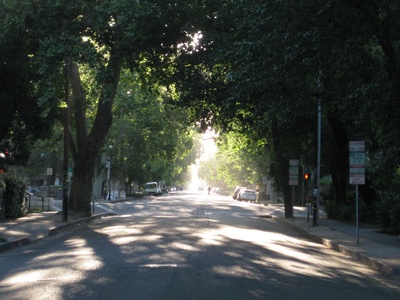 Location: North of Covell and east of Pole Line Description:These streets are in the "Green Meadows" development which is a residential development built in the late 70's. (mostly) History:

Note that, with streets named after Leonardo, Raphael and Michelangelo, Davis is one turtle short of a quartet of heroes in a half shell. This may have happened when Eastman and Laird killed off Donatello for a couple issues. Splinter ended up rejuvenating him later with a slice of pizza.

Location: North Davis Description: History: These streets are part of the Northstar development. 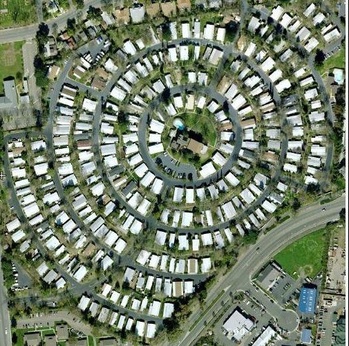 Location: South of Davis Cemetery off of Pole Line Road Description: These are streets in Rancho Yolo Senior Citizen Community mobile home park. (Some of the circular streets, if not all, were replaced by other names though at the end of 2005) 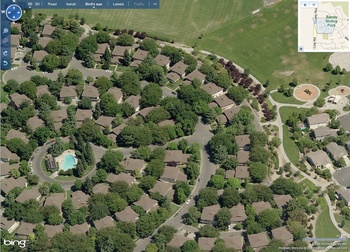 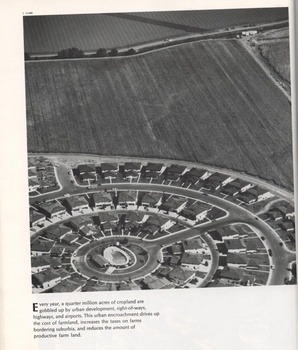 Bidwell Street and Fremont Court are also circular streets, but they don't have the circular name feature. (As featured in the 1976 Yearbook of Agriculture (left) and a recent photo from Bing Map's "birds eye view" (right))

Description: These are the famous schools not already used in the above area. Location: Near Valley Oak Elementary School History:

Location: North-South streets emanating from the center of Davis. Description: These streets make up the downtown and surrounding area. They are named after letters in the English alphabet, and go in English alphabetical order, as so:

Streets in the City of Davis

Streets In the City of Davis

Location: West Davis Description: Apparently, this theme is related to Stonegate Lake, with all of the Nautical words enhancing the "street" cred of the Stonegate Country Club. History:

Location: Downtown & Old North Davis Description: History:First through Fifth bounded by A and H are part of the original Core Area; Fifth through Eighth is the "Bowers Addition," or Old North Davis, while Ninth, Tenth, and Eleventh were constructed just after World War II. Twelfth and Fourteenth came along not too long after. As Davis grew eastward, the streets were extended first into what some people call "Old East Davis," and then northward as the city grew. East of the tracks, the numbered streets only go from Second to Eighth.

Location: West of Highway 113; bordered by Village Homes, Russell Blvd., and Lake Blvd. Description: These streets mark the West Manor subdivision of homes built by Stanley Davis Co. in the late 1970s. The streets are named for well-known and not-so-well-known rivers around the globe.

Location: North of Covell and east of Anderson. Description: Well Spanish names and places are used on streets all around Davis, but there is an especially dense cluster here. History:

Location: to the south and east of Willowcreek Park, north of the Tank House History: These are on the land that once was the Ricci Farm

and in (or east of) Willowbank:

Both of these have a number of olive trees lining the streets, adding natural beauty to Davis.

Location: Just west of 113, north of Russell. Description: They mingle a bit with the California County Streets. History: