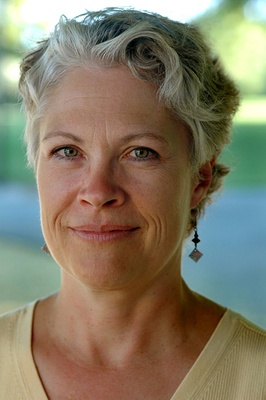 Susan Lovenburg was re-elected to the Davis School Board on November 6, 2012. A 15-year resident of Davis, Susan has been a member of the Board since 2007. While on the School Board, Susan invested considerable time in understanding the budget. She worked with community volunteers to create District Dollars, a web-based, interactive program to explain the district’s budget situation and identify community priorities.

Susan has three daughters, ages 14, 16, and 22. The youngest daughter attends Emerson Jr. High, another will be a junior at Davis Senior High School, and her eldest recently graduated from UC San Diego.

A longtime parent volunteer before her election to the School Board, Susan has continued her community service as a member of Soroptimist International of Davis and a board member for Yolo CASA (Court Appointed Special Advocates).

Together with city, county and school elected representatives and community members, Susan co-founded Saving California Communities to advocate for state governance and budget reform. Susan is a five-year member and past president of the Yolo County School Boards Association and a member of the delegate assembly of the California School Boards Association. Before serving on the School Board, Susan handled communications for the Willett Elementary School PTA for 9 years and ran the Willett gardening program.

Since March 2011, Susan has been Sacramento partnerships coordinator for California Forward, a non-profit, nonpartisan organization working to identify common sense steps Californians can take to make government work. California Forward accomplishes this through broad consultation and analysis of critical problems facing the state, and then identifies nonpartisan reforms that can make a difference. Susan was recently appointed director of the California Forward Partnership for Economic Prosperity.

Susan holds a bachelor of science degree from Cornell University and a master of library science from Syracuse University. She completed the California School Boards Association Masters in Governance program in 2011.

2007-10-15 16:35:07   I’ve known Susan for over five years, and I support her school board candidacy. I have always been able to turn to Susan for information and insight into the schools – but more important, Susan has always offered a calm, reasoned voice. I know she will always listen to all points of view before coming to her own, fact-based opinion. —DanLawyer

"Let’s hope Susan doesn’t get reelected. She does exactly what she wants, not what the voters want. She is overbearing and does not listen to others’ point of view. She...is extremely conservative and does not fit with the voters of Davis." If this is true, I might reconsider my vote. Am researching... RaoulDuke

That was a comment from an anonymous reader: http://www.davisenterprise.com/local-news/schools-news/lovenburg-seeks-second-term-on-school-board/ —DonShor

2012-06-26 14:17:48   I have met Susan Lovenberg as well, and corresponded with her by e-mail. I was favorably impressed; she seemed intelligent and anything but overbearing. I have no idea what this comment on the Enterprise site is referring to. Since the author doesn't give his name and doesn't describe any specific issue, it suggests that he has some hidden agenda and that he doesn't want me to know what he's referring to. —GregKuperberg