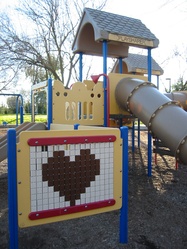 One of many Parks in Davis. This one does not have tennis courts, but they are on the other side of the school, near Cornell Drive. It used to have a neat old wooden play structure, with lots of splinters. It has since been renovated to be plastic and metal, with many different slides, as well as a smaller, nearby playground for smaller children. The park has one or two picnic tables, and plenty of open space to play with dogs, practice soccer, or play ultimate frisbee, as well as some hills to roll down. Regrettably, the park does not have a drinking fountain nearby, and the closest one is on the Willett campus.It also has connection to brown drive at the north side of the park and connection to a bridge across highway 113 to arroyo park.

It is next to Robert E. Willett School and its bike path leads to a bike overpass over Highway 113. 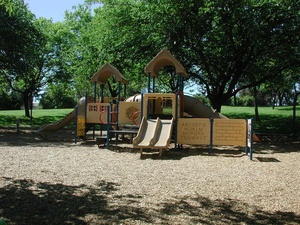 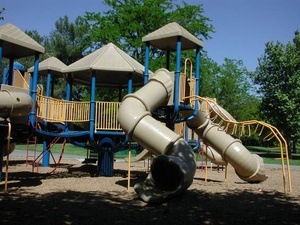 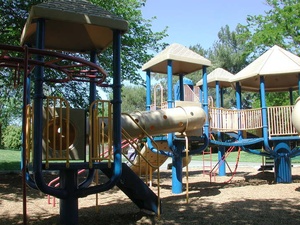 - When I was in fourth grade, at WDI, I saw Macbeth performed here by Ms. Maki's sixth grade class. Much of the performance was given from the wooden structure, and I think it would have looked somewhat sillier on the present structure with alot of bright green and yellow paint. -NickSchmalenberger

2012-12-11 22:26:56   If your child, like ours, occasionally wakes up at the crack of dawn on a Saturday morning this is the playground to go to. You will find solace in the other tired, coffee-sipping, parents there and plenty of space and things to climb for your hyper "I am so awake" child. —Zeeba