Tako Korean BBQ is a new Asian/Mexican Fusion ("tako," pronounced "taco," get it?) joint that quickly set up shop in the former El Mariachi location. They have tacos (obviously), burritos, a rice bowl, a salad bowl, or nachos. You have your choice of marinated chicken, spicy chicken, beef, short ribs, spicy pork, pulled pork, tofu, and/or stir fried veggies. More recently their menu has been updated, adding more traditional, non-fusion Korean fare, such as bulgogi plates and spicy pork plates of considerable size. This updated menu is notably not shown on their website, only in-store.

This is the restaurant's second area location. Their first location (located at 3030 T St. in Sacramento) was built in an old, 1950's-esque gas station. 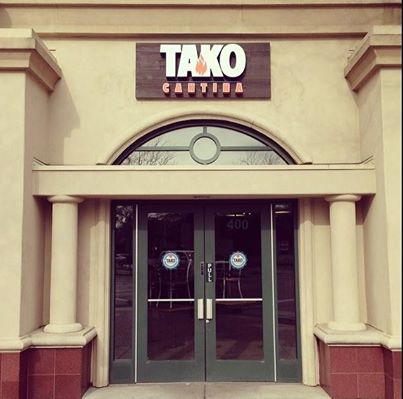 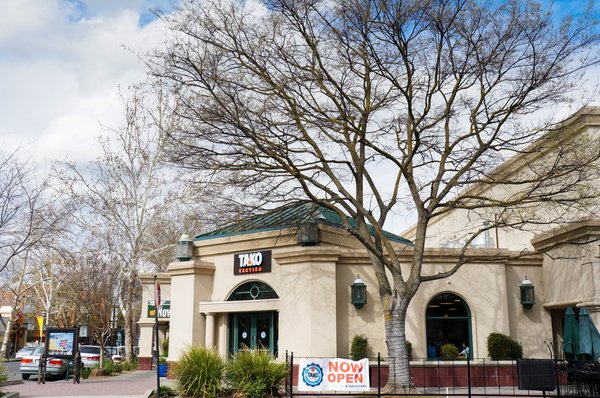 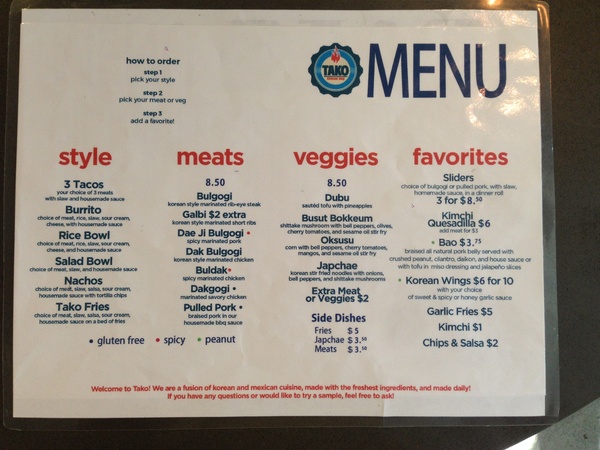 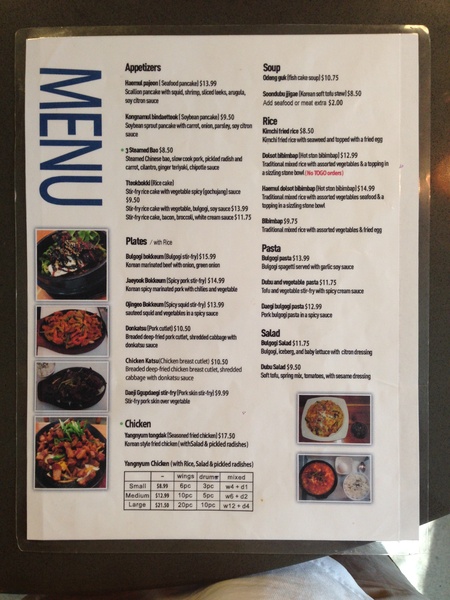 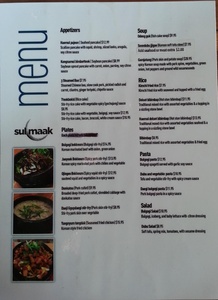 Example of the new menu- Spicy Pork with Veggies (in To-Go box, Rice not shown) 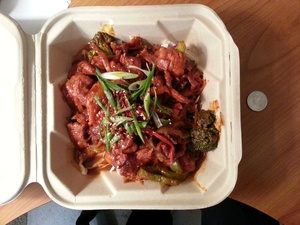 Friendly folks who make your food. 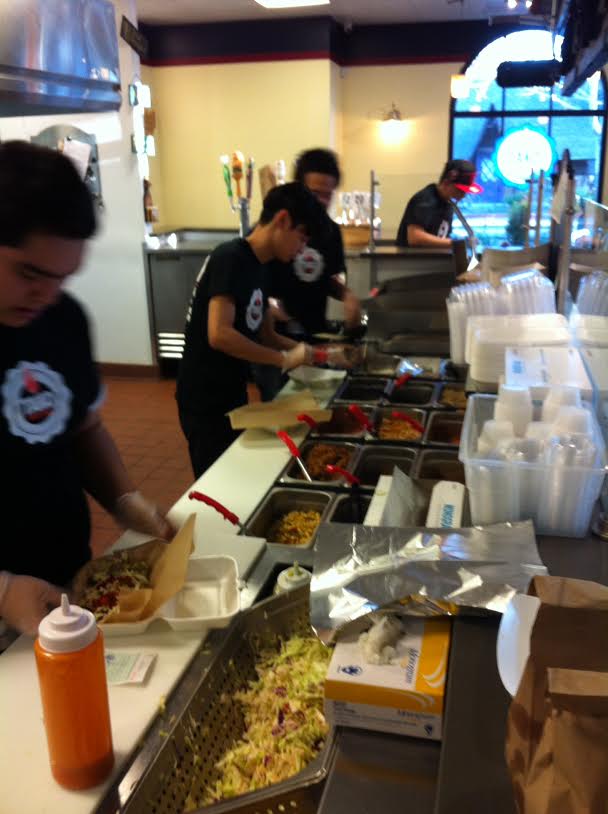 2014-03-05 18:01:46   Service was fast. People were friendly. Paid over ten dollars for a burrito and a soda. The burrito was really short and really fat. Maybe I'm being pretentious, but I'm used to standard burrito length and burrito thickness. It was a poorly rolled burrito. All the rice was in both ends and all the meat and cheese was in the middle. The first and last bites of the burrito were flavorless, except for the sweet and tangy taste of their "House sauce". The middle of the burrito is were all the meat and cheese was hiding, too hearty to enjoy. The rest in my party enjoyed their food (a tostada and "the special") but i don't think i will be going their nearly as much as I did El Mariachi. —Maqz

2014-03-25 13:51:42   Decided to try this place out today because I saw "Korean BBQ" under the name. Looking at the menu, it's definitely NOT Korean BBQ with tacos, burritos, nachos, and french fries on the menu. Service was fast and good. Ordered a rice bowl with bulgogi, trying to keep it as un-Mexican-food as possible. Total was under $9 to-go. There was no cooking taking place when I came in - everything came from bains like they do at Chipotle or takeout Chinese. When I opened my takeout there was cheese on top - definitely not expecting that! Taste is just so-so, wasn't very hot either. I'm sure some people like it, but I'll most likely NOT be coming back here again. —Perkolator

2014-03-26 10:42:18   I'll echo an earlier comment that my burrito was poorly rolled, leading to a less-than-satisfying experience of eating segregating ingredients rather than having the "burrito experience." The food's not terribly filling and a little more expensive than I'd care to pay with El Burrito just a block or two away, but their spicy pork really is quite tasty.

They also have a Pac Man machine, which is a great addition to any restaurant. —MilesThomas

2014-08-12 14:45:15   Fast service, friendly staff. Food was great, keeping in mind that the style of food is fusion, not traditional Korean BBQ. If you want to try something new then this place is for you. If you are boring and don't like to try new things then don't come here. Staff is very open to suggestions, if you find something not to your liking just kindly ask. The bao sandwich is to die for, consisting of a huge chunk of pork belly that is slow roasted with slightly sweet and sour tones from the pickled veggies, and is nestled between a fluffy steamed bun. This sandwich is definitely worth the wait, just keep yourself busy with the foosball table or boardgames available inside. —GradStudentLife