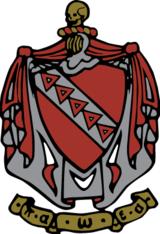 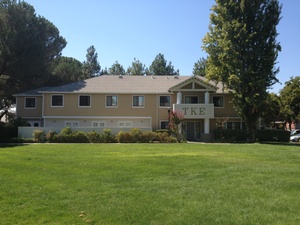 Tau Kappa Epsilon (often shortened to TKE, pronounced like "Teke") is a fraternity at UC Davis. Tau Kappa Epsilon is the largest college social fraternity by number of chapters worldwide, with chapters across the US and Canada. The Davis chapter of TKE was founded in 1989 and reaches around 60 active members every year. As a fraternity, TKE has strong involvement at UC Davis by participating in several philanthropies and performing community service as well as hosting their annual philanthropy, TKE Sweetheart, which benefits St. Jude Children's Research Hospital.

Beyond participating in the fraternity, Tekes are also involved with other organizations such as ASUCD, IFC, Clinica Tepati, BloodSource, and various sports teams including soccer, tennis, and rugby. Additionally, TKE members have majors in and pursue careers in all fields of study, with recent graduates having received acceptances from UC Davis Medical, Johns Hopkins Medical, Stanford School of Business, Georgetown Law, USC law, and UCLA Law.

i've never heard anything about their parties or philanthropy, but i do see their posters featuring Ronnie Reagan everywhere. also, was the above photo taken at the bottom of the ocean? can we do any better than that? - ArlenAbraham

Their iceblocking parties were a frequent event when I was a freshman and had to walk to parties. Imagine 100 strangers putting their mouths on the same indentation on a block of ice and the TKEs pouring Kamikazes down the channel. Console your fears of saliva-borne diseases with the ideas that alcohol kills everything and that hopefully the ice has melted sufficiently since the last person put their mouth there that you've got fresh ice. Also don't expect to feel your mouth again for a while. - DanielMedinaCleghorn

2012-03-17 19:18:43   i do know they have a really awesome philanthropy with TKE Sweetheart and most of the people i know have nothing but good things to say about them. Seem pretty down to earth too. they've been exploding in recent years on campus, from what ive seen. —shaikhshake