The trunk code for Davis is 1, which does not have to be dialed locally.

The area code for Davis is 530, which does not have to be dialed locally. However, 530 goes all the way to the Oregon border and a call within the area code is not necessarily local. See http://localcalling.sbc.com/ to see if a call is local or not, or use the table in the front of the AT&T phone book. Before 1997, Davis and the rest of the 530 area code were part of 916. 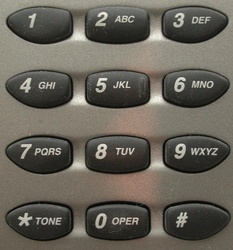 In the North American phone system the "exchange" is a block of 10000 phone numbers identified by the 3 digit prefix. Internationally, where phone numbers may be split up differently, exchange may simply refer to a building with phone switches. Davis land-line based exchange codes are:

Due to laws governing "number portability," consumers have the ability to keep their phone number when switching to a new provider. Hence, there maybe some observed discrepancies with this list.

Is 750 a davis or ucdavis prefix? I've seen it before and think it's campus? —WesHardaker