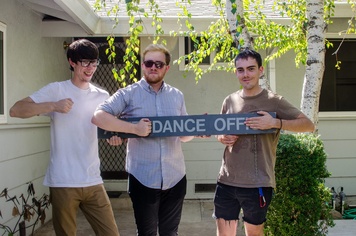 A few of the Attendance Office occupants on their final day at the house. The sign bears the name of the house and its humorous abbrev

The Attendance Office is a lil' house on L Street that hosted various music acts. The house was part of the KDVS house show network, though was not as active as some of its brothers and sisters such as the Robot Rocket Residence, Dam Haus, Villanova House, and the Bomb Shelter. Two of the house residents performed at the house as part of their music act Retro$pekt. The house also hosted numerous themed parties to breathe some life into California's Central Valley (e.g. themes Lady Gaga, Iron Chef, etc.)

In 2009 the Attendance Office was referred to as the The Hospice of French Ruud Solace but was later retired due to trying too hard to be clever.

In 2011 the house was used to film the annual KDVS Fundraiser promotional video.

As of the end of 2013, the house was no longer a show house and its residents had departed. Its current occupants are unknown and the house does not host shows. 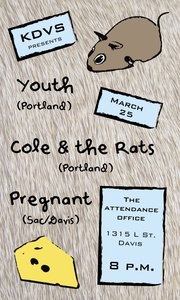 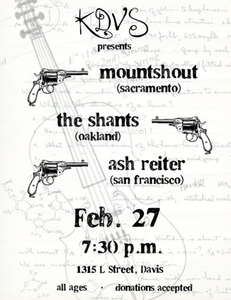 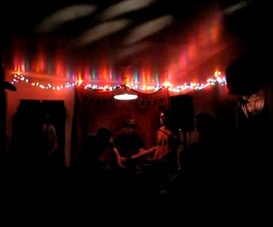 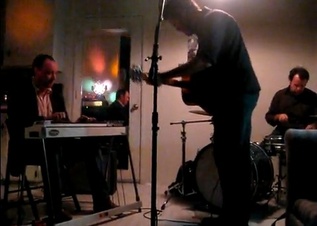 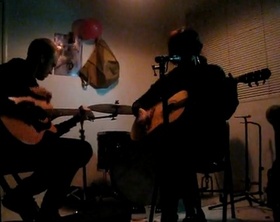 Ash Reiter and her band