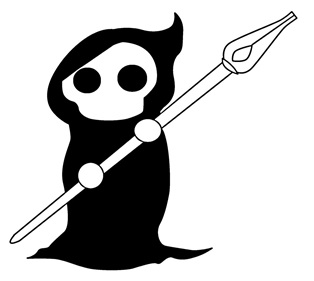 HISTORY: The Dead Arts Society is a student organization devoted to original works of theater written, directed and performed by UCD students.  The club was born in 2010 as a side project of Studio 301 and used to be called The Dead Playwright's Society.  As more and more students began to show interest in dance and music as well, the club expanded its reach and became The Dead Arts Society.  DAS prides itself on being inclusive and welcomes anyone interested in acting/writing/directing whether or not they have had experience doing so.

THE PROCESS: We have three showcases a year, one at the end of each quarter. The first two showcases in Fall and Winter consist of standalone scenes, songs and choreography pieces. These pieces must be presented at the creators meetings which take place during the first month of Fall and Winter quarters. Each piece must be workshopped twice, meaning the writer must come to one meeting to present their piece and get feedback, incorporate that feedback and return to a second meeting and present their edited piece. The Spring showcase consists of one and two-act plays/musicals. These must be workshopped during Winter quarter so that there is ample time to rehearse. Once the Dead Arts Society has selected the final group of pieces to be performed at a showcase, directors are selected. Directors must attend auditions, cast the pieces and run rehearsals. For more information about our process, feel free to email us.

TIME COMMITMENT: For Fall and Winter showcases, rehearsals average 3 hours/week and then we have tech rehearsal, in which lighting and prop cues are finalized, which is from 6-10pm the night before the showcase. For the Spring showcase, rehearsals average 6 hours/week. Call time is at 6pm on performance nights (2 hours before the showcases start) so that actors have ample time to put on their costumes/makeup.

AUDIENCE INQUIRIES: All of our shows are free of charge! Donations are much appreciated because we have to pay to rent the performance spaces. Our showcases for Fall and Winter take place in Wright Hall Lab A and our Spring showcases vary between Lab A and the Wyatt Pavilion Theater across the Arboretum depending on how much money we raise.

FUN STUFF: We had our first ever theater/performance club-wide formal dance this year.  We have movie nights and we have indoor social nights in which we either play a live-action-role-play murder mystery game and or assorted card/board games such as Cards Against Humanity.  Every spring, we have an event called "DAStravaganza," a play-writing contest in which club members must write and rehearse a scene and perform it at the end of a 24-hour period. We have cast parties after every showcase for people to celebrate their hard work and hang out with other fun DAS members. When it's warmer outside we like to have barbecue/swimming events. Our fundraising events include bake sales and partnerships with Downtown Davis establishments like The Habit and Cultive Frozen Yogurt etc. who donate a portion of their proceeds to our club.