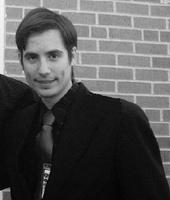 The Empire Nation is a KDVS public affairs show hosted by DJ Steve Empire (aka Steve Ostrowski). The show airs on Thursdays from 8:30am-9:30am and covers national (and occasionally local) news. Steve, an arch-conservative, pretends to be a liberal on the show a la the Colbert Report. Unlike the Colbert Report, however, it's neither smart nor funny. The first few episodes of the show were pre-recorded and then broadcast at a later date. They are now airing live.

You can call in to talk to him. There are the standard radio rules, such as no profanity, racism, etc. The host doesn't want his last name said on the air because he has some paranoid privacy issues. He also wants no comments (positive, neutral, or negative) about himself unless it relates specifically to the show - what exactly that means is unclear. It almost certainly simply means he is trying to keep the show separate from his other political activities, as he claims to be a liberal talking about liberal issues during this show, a stance which earned derision from most who know of him. His response to being questioned about the rule is, "Well I have the power to disconnect the call and press the dump button. I can also just decide not to answer any calls. I would like to have a lot of calls throughout the show but there needs to be some rules in place to prevent awkward incidents. Besides, I can't have someone on the air who has an ax to grind against the personal me."

In summary, he doesn't want you to talk about him and his ASUCD exploits/happenings, or whatever club/campaign/pie of the month he happens to be stick his fingers into. If you call in, please try to stick to the show's (either current or most recently aired) topic.

The number to call is (530) 754-5387. Submit emails to [email protected]. Emails may be read on the air and commented on during the show. A first name and location is required for the host to respond to them. Emails that have "substance" (whatever that means to Steve) to them will have a higher probability of being aired.

2007-07-01 11:35:00   Steve is trying to ridicule liberalism but he can't do much more harm than some liberals on campus have. But if Steve has people listening out of controversy, he has succeeded. —GregWebb

2007-07-01 14:01:02   I disagree with that assumption, I can be an excellent representative of progressive thinking and I will soon appoint myself the Voice of the Progressive Coalition. —SteveOstrowski

- Why the put-down? Love and peace is the way to go. -GregWebb