The Liquid Hotplates is a student-run, co-ed a cappella group that brings people of diverse backgrounds together through a shared passion for making music. Using only our voices, we perform unique and eclectic arrangements--songs from singers like Charlie Puth to mellow artists like Bon Iver to Chance The Rapper. They are the only 2-time semifinalist from Davis at the International Championship of Collegiate A Cappella (ICCA), one of the most competitive collegiate a cappella competitions in America. We also love performing for the Davis community and at school events, as well as traveling far and wide to represent Aggie a cappella and meet groups from other schools. No matter what we do,

We put our hearts and souls into our music, and we do it as a family!

The Liquid Hotplates was born in February 4, 2000, starting as a jazz octet named the Davis Aces. After a flourishing transition to a more contemporary modern style and a thriving need of a new name with wider appeal, the founding members met one evening to deliberate a final name for the group. From the Davis Aces, the group ultimately called itself "The Liquid Hotplates" from MTV's show "Liquid Television" and from the affordable liquid hot plates in which poor college students would often cook ramen.

The Liquid Hotplates had their debut performance (with 14 members) in April 2001. The venue was Cafe Roma, a coffee and sandwich shop near the UCD campus. Cafe Roma has since hosted the Hotplates many additional times, the most for a single venue, although the group over the past six years has performed at over thirty different venues, including Delta of Venus, the Farmers Market, the Memorial Union on behalf of the Davis Music Scene, the Davis Art Center, the International House, the Palms Playhouse, theRecreation Pool Lodge, and various venues as part of Picnic Day, the Davis Whole Earth Festival, and grand openings of buildings or other school-wide celebrations. The group has also travelled far and wide throughout the west coast from Oregon for ICCA Semifinals, in Los Angeles for LAAF, and other cities for showcases.

In 2004, a group of female members founded the all-women's group The Spokes. 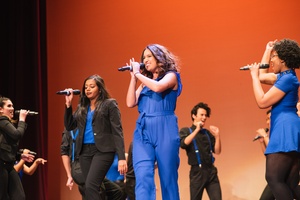 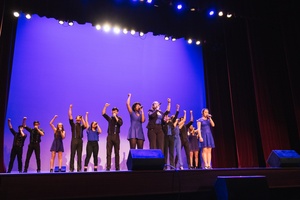 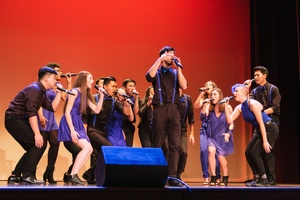