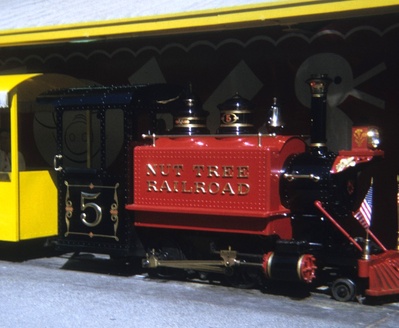 The train at the old Nut Tree, photo from mid 1970s. Taken in front of the combined toy shop and station.

The Nut Tree is a great place to go and have a relaxing experience riding the train or the Merry-go-round. It even has a roller-coaster and some great arcade games. Just a short drive from Davis to Vacaville and the fun is waiting for you.

StevenDaubert thinks it's a shame that the nut tree is a blatant strip mall now. He thought the old version was cooler.